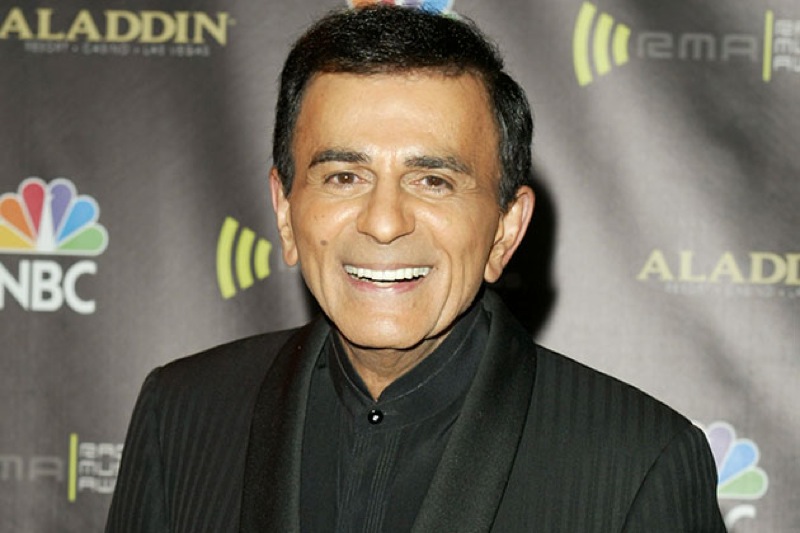 Radio presenter Casey Kasem, best known for his American Top 40 show, has died at the age of 82.

Casey retired from his regular radio shows in 2004 after many decades on the air, when Ryan Seacrest took over the countdown.

Just last year, Casey Kasem’s American Top 40 was digitally re-mastered and was brought back on-air in Ireland with All 80s DAB Radio each Saturday and Sunday.

The show was previously on-air in Dublin on the original Radio Nova.

His daughter announced the news today: “Early this Father’s Day morning, our dad Casey Kasem passed away surrounded by family and friends.

“Even though we know he is in a better place and no longer suffering, we are heartbroken.

“Thank you for all your love, support and prayers. The world will miss Casey Kasem, an incredible talent and humanitarian; we will miss our Dad.”

President of SAG-AFTRA Ken Howard, which represents more than 165,000 media professionals including Casey, offered condolences to his loved ones and said the DJ had a profound influence on the music business.

“For many, the multitalented Casey Kasem was the voice of popular music, and his long-running countdown program brought exposure for many of his fellow union members. My deepest sympathy to his family and friends, and may we all remember him best by ‘reaching for the stars,’” he said.

Casey had suffered from a form of dementia, Lewy body disease, and had recently been at the centre of a family court battle over his care.

He was also the voice of Norville “Shaggy” Rogers in the Scooby-Doo franchise.

Early this Father’s Day morning, our dad Casey Kasem passed away surrounded by family and friends. Even (cont) http://t.co/G4mxcmGWch