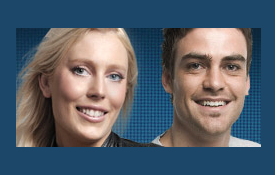 The note, which was addressed to her managers at the hospital said: “Please accept my apologies. I am truly sorry. Thank you for all your support. I hold the Radio Australians Mel Greig and Michael Christian responsible for this act. Please make them pay my mortgage. I am sorry. Jacintha.”

The note is one of three which she left. Another says that she did not blame her work colleagues for the distress which drove her to kill herself. The third note left funeral instructions.

A spokesman for the hospital said: “Jacintha Saldanha was an outstanding and much-loved member of our team. We continue to assist the coroner so that she can establish the full facts of the case.”

Keith Vaz, the Labour MP who has acted as the family spokesman, said: “The forthcoming inquest will hopefully provide answers for the family and for them it will represent closure.”

The note will be part of the inquest into her death, which was supposed to begin this week but has been delayed.

Read more in The Australian here.

This article was first published at RadioToday.com.au