Highs and Lows of radio with Lisa Flavelle 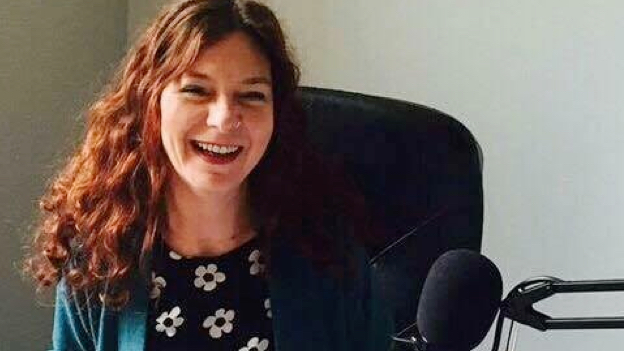 INTERVIEW: In my life I have always naturally gravitated towards talented creatives and am delighted that Lisa Flavelle has agreed to join me and share her highs and lows of working in commercial radio in Northern Ireland.

I first met Lisa when she was head of presentation at BCR in Belfast. I arrived during the takeover in the summer of 1996 to launch a brand new station to be known as Citybeat. Instantly I could see that Lisa was a true perfectionist, incredibly organised and managing a team of people who were demotivated.

BCR were broadcasting from a building that was falling to pieces just like the equipment and had absolutely no budget. Lisa loves working with talent and looking back at her latter days in BCR it was like placing an OCD cleaning fanatic into a hoarders home and expecting them to manage the situation without any money for bleach!

Lisa shone under the relaunch and remained head of presentation on the new Citybeat until she returned to Downtown Radio later in 1997. In my opinion Lisa Flavelle remains the best female presenter ever to broadcast in the Province.

When was the moment you realised radio was for you?

I started hanging out at Downtown as a kid in the early 80s when Dad was presenting a Jazz and Blues Show there. Commercial Radio was at its height at this time, listening figures were sky high and the buzz was unbelievable. The level of talent was also awesome. I started spending as much time in studio as possible – timing music for PRS with stopwatches, getting tea and coffee, watching, learning and drinking it all in. I was hooked. By fourteen I had volunteered for my local hospital radio.

Your Dad Jackie Flavelle is incredibly well known in Belfast was it difficult at first breaking in to radio for people to take you seriously and did it drive you insane people always mentioning Dad?

I’ll ALWAYS be Jackie’s daughter! I wouldn’t want it any other way. It’s true that he is well known as a broadcaster making his mark with his late show ‘Flavelle Unravels’ but he is known first and foremost as a musician. In Ireland he played with The Swingtime Aces, Dave Glover and many more on the showband scene. Then he joined The Chris Barber Jazz band and is back on the road with them today – At 77 he shows no sign of slowing down.. Or wising up! While it is has opened doors for me it has also made me work harder to prove myself. The listener is ultimately the only judge that matters.

What do you feel has been your high in radio and can you remember an all time low?

The real highs for me so far? My first gig at BCR, getting Drivetime on Downtown and being awarded the licence for Belfast89 which launched last year.

You spent many years at Cool and Downtown do you miss Newtonards?

No I love living and working in Belfast but I still have some great friends from those days.

John Rosborough has always been a fan of you is it great working with him again?

No one knows more about commercial radio in Northern Ireland than ‘Mister Radio’. It’s great to have John on board at Belfast89 and we are lucky to have him.

You share your time between family, Belfast 89fm and lecturing radio to students at Belfast Met… when and what does Lisa do to relax?

Listen to the radio. Or good TV Drama. Hooked on Trapped and House of Cards at the moment.

What is your role at Belfast 89fm and do you enjoy it?

I’m a director and presenter at the station. I love it. We are completely staffed by volunteers and we have an amazing team. We are constantly recruiting and training new volunteers, organising promotions and OBs and raising revenue through ad sales and grant funding. Always busy!

Your son Ben is showing signs of following in his mums and grandad’s footsteps with his love of music. Will you try to convince him to stay away from the insecure lifestyle this can bring to people?

Finding something you love to do is a gift. Ben is a talented musician and songwriter. He’s under no illusion that he’s on an easy path but he certainly has my blessing.

Do you still love radio like you did in your youth?

Absolutely! While Belfast89 is for an older demographic, one of the reasons I love running Belfast Met Radio is to get younger students involved. They love the thrill of live broadcasting. For radio to have a real future it has to offer something that Spotify can’t and it has to engage a younger audience

What next for Lisa Flavelle and would you like to move back into a programming role in Commercial Radio?

Never say never but I’ve got my hands full at Belfast89 and am determined to make it work commercially. I also want also to continue lecturing. I know I was lucky to get my foot in the studio door so I will continue to try to make opportunities for others to have a go. Surely the next Nolan is out there? Somewhere?