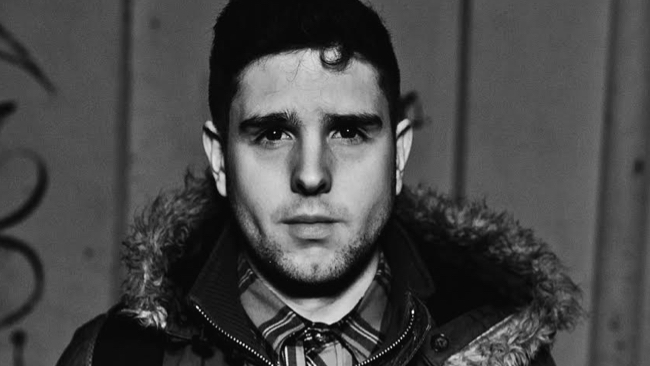 The station is a Top 40 Hit/CHR station aimed at listeners aged between 15 and 35. Dave Cronin is a familiar household name at Beat 102-103 so I decided to chat to him and find out a little more about the radio station.

Is Beat 102-103 a hive of risk taking creativity or a conservative Hot AC format?

This sounds awfully corporate but I think we’re a hive of (calculated) risk taking creativity. We’re lucky enough to have a very focused tight nit team both on air and off. We know when to push the boundaries but we’re also acutely aware not to put too much effort into a dead-in-the-water idea just because it may be “popular’ or “on trend”. There’s certainly worse places to work if you have an idea that you want to put into motion, everyone jumps on the bandwagon so to speak. It’s great!

When was the first time you realised that radio was the career you wanted?

Oh, I’m not really sure when that light went off in my head initially! I do remember taping songs off the radio and recording my own links when I was about 10. Of course I didn’t know what a link was or to be honest what exactly what I was doing! I’ve always had a borderline nerdy interest in all things media and I was fascinated by how presenters did their jobs. As I grew, so did my interest in radio and tv. I was hungry to know more about what made good presenters, I started recording demo’s and online radio shows with the help of a rubbish mic and an even worse editor. Somehow, it all worked out!

Is Dave Cronin ambitious? and if so what are your dreams? Is it radio, TV or a bit of both?

Resisting the temptation to answer in third person here! I would like to think so. I think I’m always going for the ‘next thing’ whatever and however that may be. I think my dreams lie in getting myself to national radio either here or in the UK. I think that’s what most presenters aim for anyway. TV would be good too, I’ve always wanted to present a music show of my own. Something niche and fan-club’ey.

To be honest if I’m still doing what I’m doing now in ten years time (and getting paid for it) then I think I’ve done pretty well. We always want more of course but I think it’s about fulfilling the not so long term goals, everything else will (hopefully) fall perfectly into place. Hopefully.

Well my CV would probably say I love socialising, meeting new people and long walks on the beach. In reality it’s not that far removed. I think I’m happiest when I’m with the people I love in the places I love. That sounds cliche as f*ck but it’s true. I love the sea, house music, seeing house music at festivals and doing as little as possible on my days off. I think I’ve become better at the whole work life balance thing, my friends hated me when I was replying to an email at a bar or something.

What are your favourite stations away from Beat 102-103

I grew up listening to probably everything but Irish radio. I hated it. I thought it was at least five or ten years behind anyone else. BBC Radio 1 was my mecca and for the most part, still is. Thankfully, even in the last few years, there’s been a huge improvement in Irish radio. The content is more on-point than it’s ever been, facing off online streaming services presenters and programmers are hugely motivated to provide the best for our audience and I think it’s paying off. You asked me my favourite stations didn’t you!? I’m a big fan of what Eoghan McDermott has done with 2FM’s drive, in the UK I think Roman Kemp on Capital and almost everyone on KISS are doing well along with Greg James on BBC Radio 1. There’s a melting pot of talent and it’s now being properly recognised.

You are also a well known voice-over artist was that hard to get into or did you fall into it easily?

Like everything in the media and arts, nothing is easy is it? I was lucky enough to land an agent (albeit she wasn’t the best) very early on. When I was in college I poured a lot of my survival pasta money into producing sound studio standard VO demos. Luckily it wasn’t in vain and years on I’m lucky enough to be voicing commercials for some pretty big brands on the telly, radio and everywhere else! My current agent is great (shouts to Deborah in Voicebank). She puts up with me which in itself is deserving of very high praise indeed.

Who is your radio idol?

Can I say two? I’m going to say two. Scott Mills and Annie Mac. Scott Mills, growing up, was the the type of presenter I was sure I was going to be. He’s managed to stay in Radio 1 for a ages now while also winning the award for best at fooling people with his ‘media age’. WHAT AGE ARE YOU SCOTT? Seriously though, he’s a legend and long may it last. I love all things dance music so Annie was and still is my idol in a lot of ways. She makes a tough gig look effortless and has the loveliest Dublin-London accent blend. Hats off.

Outside of Beat 102-103 are you the life and soul of the party or shy and introvert?

I would like to think I’m the life and soul of the party but I can get weirdly introvert around smaller groups of strangers at times. In contrast I feel at home talking to hundreds of people at a gig. I think I’m guided by whatever mood I’m in.

Where is your favourite holiday destination?

France. The french have reason to be so precious/obnoxious about their country, it’s beautiful. Culture is everywhere. In my retirement I’d hope to be waking up in a converted cottage in the south, picking up some bread in the boulangerie and drinking some locally produced vino with my nearest and dearest till late. Now I sound obnoxious.

Where would you like to be in 5 years time?

This question scares me a little bit. I think it would be weird for anyone in their twenties not to be phased by it in some way. In five years, I’d like to be doing what I’m doing and still getting paid for it! I think everyone in this industry wants to make an impact so if I can, that would be amazing. I’ve got hands in lots of pies and plans for the next few years, with luck they may just work out. Outside work, I want to be happy, healthy and still frequenting festivals even if I’m JUST about too old for them.