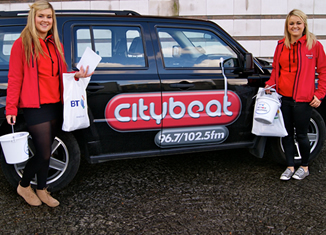 Daytimes on Citybeat have been taken over by Owen Larkin as Programme Director John Kearns concentrates on “new and existing projects.”

He’ll carry on presenting his weekly Sunday Night Rock Show but after three years on daytime, the former MTV VJ and Cool FM presenter has decided to move on.

Owen Larkin has taken over the Monday to Friday 10am till 2pm slot today.

A spokesperson for Citybeat told RadioToday: After almost 3 years with Citybeat John has decided to concentrate on existing and new projects which are taking up an increasing amount of his time both in London and in Northern Ireland, he will carry on his connection to Citybeat as he continues to host his weekly Sunday night Rock Show.”