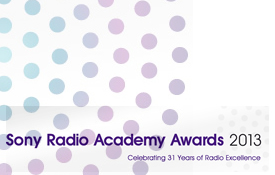 One of the biggest nights of the UK radio calendar takes place this evening as the Sony Radio Academy Awards are announced.

It’s the UK equivalent of the PPI Awards, with hundreds of hopefuls from dozens of radio stations around the country hoping to take home a Gold.

The event is in its 31st year and full coverage will once again be provided by RadioToday – sponsored by Broadcast Bionics – with a live radio show starting at 5pm from the Grosvenor House Hotel in London.

A live blog with photos and comments will accompany the audio at radiotodaylive.com and highlights will appear on @RadioTodayLive

Tune in to find out who’s won what with a live feed from the stage and our exclusive commentary.