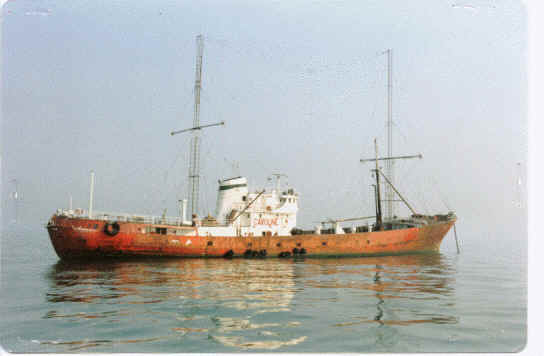 It was 50 years ago today that Radio Caroline started test transmissions from a point at sea.

UK broadcaster itv has created a number of videos marking the anniversary, including this one by David Johns. it starts with a clip of the BBC’s Director of Sound Broadcasting, Frank Gillard in 1966, then interviews with DJs Keith Skues, Johnny Lewis, Paul Graham and Roger Day, plus an archive clip of the then Postmaster General Tony Benn MP. Finally Caroline manager, Peter Moore.

Radio Caroline changed the UK radio industry by providing the first pop music station in 1964, and along with a number of other pirate stations which shortly followed, paved the way for the BBC to launch Radio 1.

They enjoyed a huge amount of popularity until the 1967 Marine Broadcasting Offences Act in the UK made the ships illegal. They all closed down – except Caroline to the fury of the authorities.