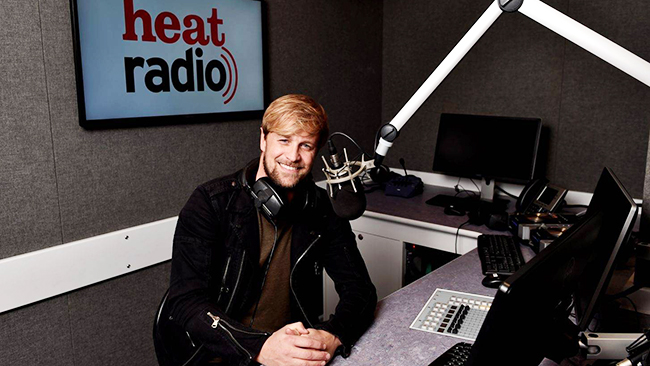 Following in the footsteps of fellow former “Westlife” star Nicky Byrne, who has his own daily RTÉ 2FM mid-morning show, Kian Egan is to host his own weekend show on UK station Heat Radio.

The Bauer Media owned station, which is connected to the popular celebrity magazine “heat”, describes itself as “Prosecco in radio format” and focuses on “iconic pop and celebrity news”.

They revealed on Monday that the show, which will be called “Re-heat”, will kick off this coming Saturday, March 21st on the station which also features the syndicated “On Air with Ryan Seacrest”.

It will see the 34-year-old Egan playing some of today’s most popular music along with “classics” from the 90s and “noughties”, every week from midday to 2pm.

Kian, who currently sits on the coaching panel on The Voice of Ireland, said: “It’s great to be on board at Heat Radio! My show is all about bringing the biggest tunes, plus I’m really looking forward to sharing some never-before-heard stories with you all in between the tracks.”

Ric Blaxill, music and content director for Heat Radio, said: “Kian is a big signing for the station and his arrival will add even more strength to the talent on our roster. He’s got a real charm about him and some great stories up his sleeve to tell in between the music. Weekends on Heat Radio just got bigger.”

Irish listeners can listen to Heat Radio online. Kian and wife Jodi Albert are expecting the arrival of their second baby this summer.  They are already parents to a little boy named “Koa”, who was born in December 2011.