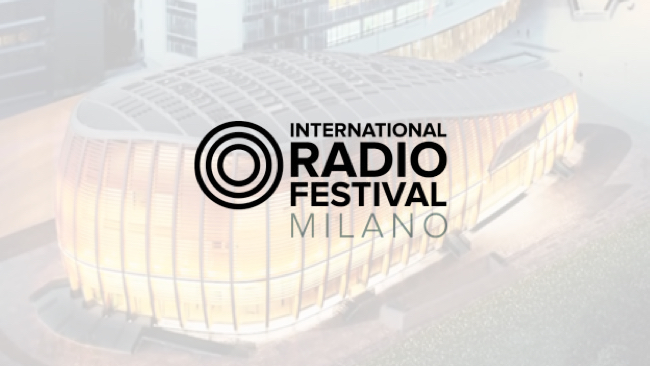 After six years in Zurich, the International Radio Festival is moving to its new European home in Milan for 2016.

Organisers are also planning to operate similar festivals in the US, Dubai and Shanghai to expand the event.

The IRF is a platform for showcasing and debating the business of music radio content, and will team up with Radio City Milan for the event at at the Piazza Gae Aulenti in Milan’s city centre, 7-10 April 2016.

Taking place in and around the UniCredit pavilion, the IRF Milan Radio City festival will welcome over 20 international and 50 Italian radio stations who will broadcast their radio shows live-on-air to listeners back in their home cities.

“I am inspired to be working with such a future thinking and experienced team who have embraced the unique aspect of the IRF, and look forward to broadcasting the city of Milan to the world, as much as I am excited in welcoming some of the finest radio makers to the IRF conference at the beautiful UniCredit Pavilion”, says IRF festival director Darryl von Däniken.

The initiator of the Radio City Milan festival, Filippo Solibello, says “After our participation at the IRF this year, we just knew we had to bring this festival to the city of Milan and join forces with our own radio festival and develop the full potential of bringing radio close to the public whilst also having the unique opportunity of carrying on telling people around the world about our great EXPO city”.

In addition to the new annual Milan edition, the IRF is midst in planning an Americas edition in Music City Nashville, a Middle East Edition in Dubai, and a South East Asia edition in Shanghai.

“Developments are well under way to produce IRF editions in these world class cities and we are looking forward to releasing more news and dates during 2016.” says festival director von Däniken.