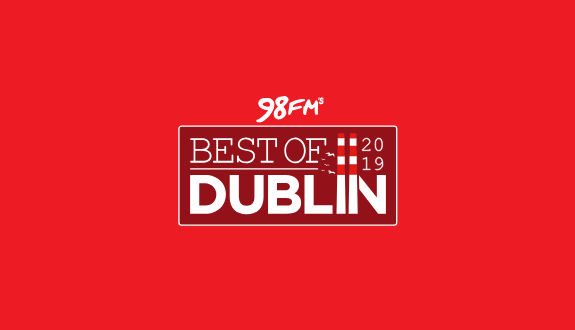 98FM’s Best of Dublin Awards are back for their sixth year to celebrate all that is great about the capital city.

From Best Barber to Best Butcher, the awards are a celebration of the best the city has to offer.

Award nominations are open on the station’s website until 21st April before nominees in each of the 16 award categories will be shortlisted and announced on Monday 22nd April. Shortlisted nominees will be sent a promotional pack to encourage customers, family and friends to vote for them, before the winners are announced at the ultimate celebration of the city, 98FM’s Best of Dublin Awards on 23rd May at the Guinness Storehouse.

In 2018, over 20,000 nominations were made and more than a quarter of a million votes were cast to crown the 16 deserving award winners.

Those shortlisted for a Best of Dublin award can also be in with a chance to win €10,000 worth of advertising with 98FM for the Best Campaign.