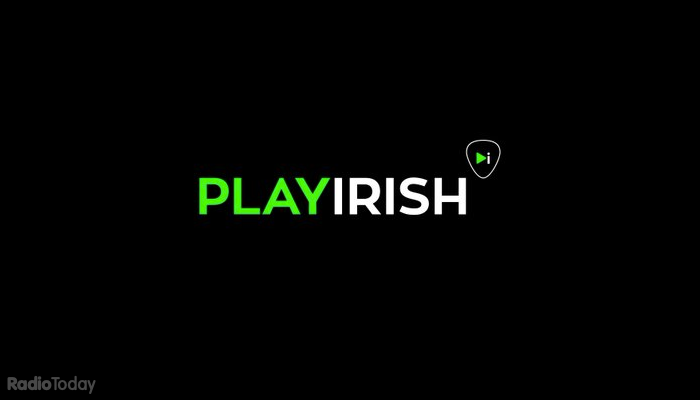 PLAYIRISH – a new digital radio station playing 100% Irish music – has been launched in Ireland via Radioplayer.

The new station features a whole range of Irish artists, from established to up and coming artists, and will host original music shows from well known Irish musicians, music industry figures, songwriters and composers, alongside musical content from key events in the Irish musical calendar in the future.

PLAYIRISH is a not for profit initiative and co-founder Peter McPartlin tells RadioToday: “We’ve had a great response from music fans not just in Ireland but also overseas. I think people are really appreciating the diverse selection of music that our team have put together and many are pleasantly surprised that we have so much great music across all genres in Ireland right now.”

Sinead Troy of IASCA adds: “Every serious music city or territory has it’s own small but cool radio station that champions new and exciting music, whether it’s BBC6 Music, KEXP in Seattle, or FluxFm in Germany. PLAYIRISH is ours to champion Irish music at home and internationally.”

PLAYIRISH has been joined by a number of brand partners for launch, including eir. Speaking of their involvement, Susan Brady, Managing Director, CSB Marketing, eir, said: “eir has a proud tradition of supporting Irish music over the years. There is a whole new wave of Irish music happening at the moment and we have already got behind bands such as Chasing Abbey and Wild Youth in our recent campaigns. We’re delighted to help make this PLAYIRISH radio initiative possible.”

PLAYIRISH has been made possible through collaboration between IASCA (The Irish Association of Songwriters, Composers & Authors) the Independent Broadcasters of Ireland (IBI) and RTÉ.

Scott Williams from the IBI said: “We are delighted to be working with IASCA and provide a space for Irish music on the Irish Radioplayer. There is no shortage of musical and creative talent in Ireland and the Irish Radioplayer and PlayIrish will provide a platform to bring new and emerging artists to a whole new audience.

“The inclusion of a dedicated channel for Irish music on the Irish Radioplayer will further enhance the support that Irish radio provides for Irish music.”