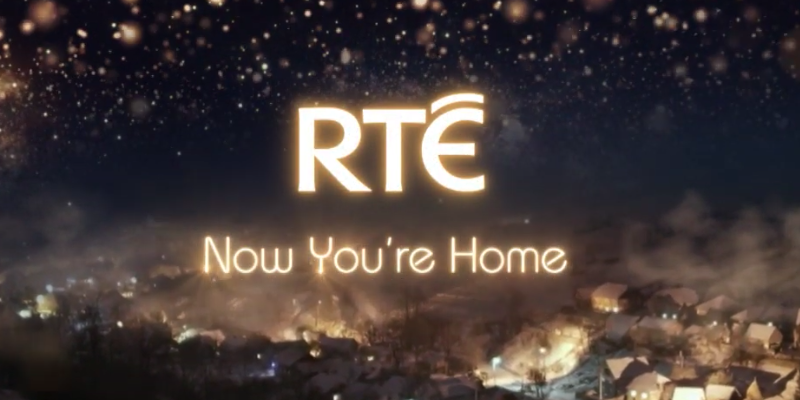 From 2FM’s Christmas Ball and Christmas Quiz, to Santa talking live to the kids via Radio 1 on Christmas Eve.

Here’s all the information from the Christmas listings for the national stations:

Joe Duffy’s Liveline continues the tradition of broadcasting from just off Grafton Street on Christmas Eve, joined by Brendan O’Carroll and many more.

Derek Mooney gives callers the opportunity to talk directly to Santa Clause as he prepares for his epic journey around the world while Cathal Murray will make your journey home on Christmas Eve that little bit shorter with the best Christmas tunes.

Arena’s Christmas Eve Special features Siobhán McSweeney, aka Sister Michael from Derry Girls. In Like Family, Brenda Donohue meets the women on the ‘Gaelic4Mothers and Others’ football team. What they lack in skill on the pitch, they make up for in laughter, support and friendship.

Baz Ashmawy and his mother Nancy present a Christmas Day celebration and Miriam O’Callaghan is in full festive mode with an array of musical guests. The Leap of Faith presents the ‘Spirits of Christmas: Past, Present and Future’, from Dickensian nostalgia to tales of our times and hopes for the years ahead.

Join John Creedon for his special Christmas show, live from Cork and we remember the late, great Gay Byrne on Christmas afternoon. Rick O’Shea celebrates the world of reading with a Christmas Day Special of The Book Show. Philip King hosts a winter session with some of the names in music who made big noise in 2019, including Lankum and Mick Flannery among others on South Wind Blows Winter session. With hits of the year, and some Christmas tunes.

A very special Christmas Poetry Programme will broadcast on Christmas night with Olivia O’Leary bringing an hour of poetry, music and conversation from Kilkenny Castle. And calling all Elton John fans! Neil Doherty will present Rocketman as he charts the career of the legend. The award winning RTÉ Radio 1 Documentary on One will feature stories that made impact; Majella Moynihan tells of becoming pregnant while in the Gardaí, and what became of Benji the little Gay Bull? Sunday Miscellany Live at Christmas recorded at the National Concert Hall is the highlight of Sunday Miscellany’s live event calendar, broadcasting across two mornings.

Céilí House and South Wind Blows will mark the end of the year in the company of singer Niamh de Burca and music from Other Voices in Dingle. Joe Duffy presents a Leonard Cohen special Cohen Heads, recorded at All Together Now earlier this year while Sean O’Rourke will have a selection of guests and musical entertainment as he reflects on 2019 and looks forward to the New Year.

John Creedon counts us into 2020 with great gusto and even better music on New Year’s Eve and then laugh your way into 2020 with Oliver Callan satirizing 2019 and Marty Morrissey presents Reasons to be Cheerful as we wake up to 2020.

Music fans are in for a treat this holiday season as the 2FM Christmas Ball comes live from the 3Arena on 21 December, with songs from Irish talent including Picture This, Lyra, The RTÉ Concert Orchestra, Aimee, Soulé and Brian Deady and a few more Christmas surprises too!

Lottie’s Celeb News Special on Christmas Day offers two hours of the best celeb stories and music from 2019 and then to carry 2FM listeners through the evening on Christmas Day from 6pm 2fm Live on Christmas Day Night has the best of Irish musical talent including Jenny Greene and the RTÉ Concert Orchestra, Dermot Kennedy and another helping of Picture This live as well as the best of the Irish Youth Music Awards.

The annual 2FM Christmas Quiz returns featuring DJs going head to head on all things music. St Stephen’s Day concerts include Coldplay and Sam Fender. End the year with JJ Hartigan who will broadcast live from Limerick on New Year’s Eve, mixing the biggest tracks of the year along with all your New Year requests.

On Christmas Day, RTÉ lyric fm celebrates the Magic of Christmas with Claudia Boyle, the RTÉ National Symphony Orchestra, the Arabella Voices Choir and conductor David Brophy. Later in the evening we have a live performance from January 2012 at St. Patrick’s Cathedral in Dublin where the RTÉ Philharmonic Choir, the RTÉ National Symphony Orchestra and conductor Matthew Halls perform Bach’s Christmas Oratorio.

The Irish National Opera presents an effervescent take on the Cinderella story in Rossini’s ‘La Cenerentola’ on Opera Night with Paul Herriott on December 28th. Brendan Balfe presents a personal memoir of his friend and colleague Gay Byrne – Gaybo and Me on December 29th.

Christmas highlights include a two-part series on legendary traditional musicians Seán ‘ac Dhonncha, Joe Heaney and Séamus Ennis, Bráithre an Cheoil, and the ten-part series Saol agus Saothar Deichniúr Údar Gaeilge on the life and work of ten Irish-language authors .Others worth a listen include the documentary Ár bPéire, one couple’s story of the adoption of their two children, and Coinneal na Nollag – Fáilte agus Dóchas, a concert in aid of the Simon Community with some of the best folk musicians in the west.