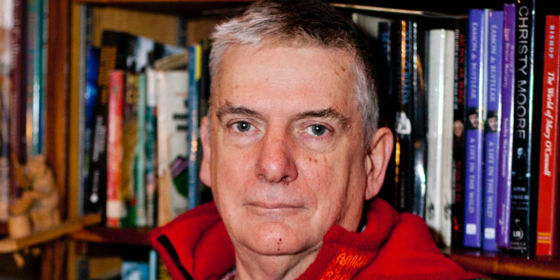 Peadar will be joined at 7pm by singer Seán Ó Sé, for this very special edition of the programme.

The celebratory edition of Cuireadh chun Ceoil will feature a wide-ranging discussion on the essence of music, its importance for our spiritual wellbeing, its place within Irish culture, and how traditional Irish music has spread across the world, as well as Peadar’s own choice of music for the night that’s in it, and a live performance from Seán Ó Sé.

Cuireadh chun Ceoil started at the end of the seventies, and at that time Peadar used to travel from his home in Cúil Aodha in the Cork Gaeltacht to the RnaG studios in Baile na nGall in Kerry to record it.

It started as just half an hour, and grew eventually to its current format of two hours, recorded weekly in Peadar’s home studio.

RTÉ says: “In those pre-internet days, the programme served a vital function in letting people know about new music releases, and promoting the work of traditional musicians, and despite technical limitations, people as far away as Australia managed to get their hands on copies of the programme, and would regularly contact Peadar about it.

“The annual Seán Ó Riada Gold Medal competition was established by Peadar Ó Riada in 2010 and has now become an integral part of the programme. The instrument changes each year, and this year flute and whistle players will be competing in the final in February for the coveted medal and €2500 prize money.”

The one-thousandth episode of Cuireadh chun Ceoil, presented by Peadar Ó Riada, will be broadcast on Friday 10 January at 7 pm on RTÉ Raidió na Gaeltachta.