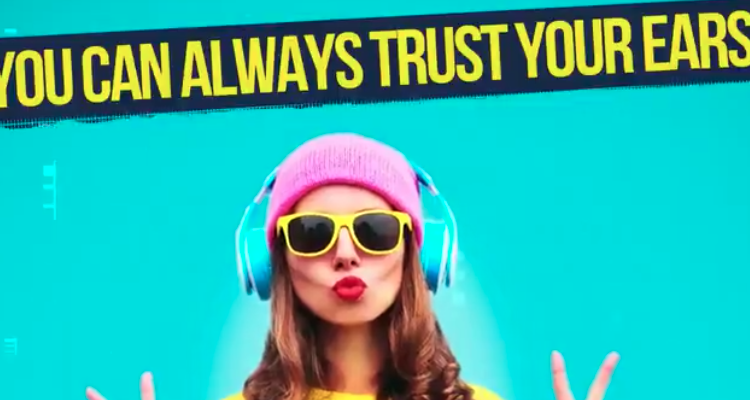 The latest radio listening figures show 81% of the population are tuning in every day, which translates into weekday figures of 3.2 million listeners.

More than half tune into their local or regional station and 43% listen to a national station. Among the younger, 15 to 34-year market, 71% listen daily.

Gabrielle Cummins, Chairperson of the Choose Radio group says access to radio on smart devices is helping radio stay at the top of its game: “The growth in streaming services has revitalised radio advertising and reiterated its relevance to the listener. Access to radio is now constantly at our fingertips and at every point in our daily lives, from before we wake up in the morning to when we fall asleep last thing at night.

“Streaming services, as opposed to increasing competition for radio have actually provided another magic moment for advertisers and brands to share their story with an audience who are tuning into radio in more places, in huge numbers and staying listening for longer.

“If advertisers can sell their story effectively, then audio is the one medium that will provide them with a golden opportunity to reach their listener, strengthen their brand value, which should all point to the Holy Grail of turning a listener into a customer.”

At RTÉ, the company continues to reach almost two million radio listeners (1,980,000) or 51% of the Adult 15+ population tuning in every week.

RTÉ Radio 1 continues to be the only radio station in the country reaching over one million people weekly, with 1,367,000 tuning in. Market share has grown book on book by 0.6pts to 22.6%.

Morning Ireland, the most listened to radio programme in the country, increases listenership by 12,000 BOB with 441,000 tuning in each morning. up 2,000 yearly.

Tom McGuire, Head of RTÉ Radio 1 has said: “In a week where people around the country are being asked to give their number 1, it is great to see RTÉ Radio 1 enhance its position as the country’s No. 1 radio station. The overall performance across the week and in all aspects of our output is brilliant. It is a fitting tribute to the late, great Marian Finucane that both of her weekend shows were in the Top 10 ‘most listened to’ by the nation according to this book.”

2FM Breakfast with Doireann and Eoghan has 142,000 listeners tuning in on weekday mornings, up 7,000 this quarter.

Dan Healy, Head of RTÉ Radio Strategy and RTÉ 2FM says, “2FM is now six months into the new schedule and there are really positive signs for Breakfast with Doireann & Eoghan with strong growth for younger audiences.

“We also embarked upon a new direction at 9am with a three hour talk show with Jennifer Zamparelli. She now has the biggest 15-34 radio show in the country. In fact 6 of the top ten programmes for this audience or on the station which underpins the fact that 2FM is the biggest 15-34 station in Ireland with a market share of 13.8%.

“We have also experienced strong advertising support for 2FM in the last year and this result should bolster the confidence clients have in the station.

“For all of us in 2FM Larry Gogan’s passing has been front and center in our minds today. Larry was on Radio before there was ever a radio audience measurement in Ireland and this survey is the first that he has not been part of. Larry was always the nation’s favourite and his amazing legacy makes all of us want to try harder.”

At RTÉ lyric fm, Lorcan Murray’s Classic Drive continues to increase listenership with 50,000 tuning in on weekday afternoons, up 11,000 this year, and Marty in the Morning has 40,000 listeners turning on every morning, an increase of 2,000 this quarter.

Aodán O’Dubhghaill, Head of RTÉ lyric fm has said: “2019 was the year we celebrated the 20th anniversary of RTÉ lyric fm and it is wonderful to see that more listeners are joining us on Ireland’s national music and arts station, “where life sounds better”. Looking at these latest figures, listeners are staying with lyric longer and the overall picture across the week shows us that the appetite for quality music and the way it is presented is on the increase.”

At Today FM, The Ian Dempsey Breakfast Show remains the biggest breakfast show on commercial radio, but has list 3,000 listeners this time round.

New recruit Mairead Ronan has grown her audience since taking over the lunchtime slot last September. The Mairead Ronan Show (12-2pm) now entertains an audience of 91,000 (+2,000).

Commenting on her first JNLR, Mairead said: “I’m delighted with today’s result. I’ve had lots of experience of JNLR’s from the producer side but never as a presenter so it’s nice to start off on a positive note. I’m loving being back in Today FM and really enjoying the show each day. We’ve lots of plans for 2020 to get out and about and engage with the listeners. They’re the people who make it.”

Keith McCormack, CEO, Today FM said: “Today’s results re-enforce our Number 1 position for 20-44s in Ireland. In an increasingly competitive landscape, it’s reassuring to see listeners still choosing to spend more time with Today FM than any other commercial station. Our mix of personality, great music an original content continues to resonate with audiences, regardless of where and how they choose to engage with us.”

Around the country, Beat 102-103 has 165,000 tuning in across the South East every week. Beat Breakfast, which took home the Best Radio Show gong at the Gossies awards ceremony in Dublin last weekend, now broadcasts to 43,000 listeners every day.

At the weekend, Debbie Ridgard’s The Takeover has 3,000 more listeners than this time last year, while Beat stalwart Vinny Bradley has seen his Weekend Beat Breakfast show climb by 6,000 since February 2019. And Chris Ward’s Sportsbeat is up 11,000 year-on-year.

Fresh from celebrating his weekend win, Beat Breakfast presenter and Head of Station Sound, Niall Power, thanked his listeners: “We’re so thankful to our amazing listeners who voted in these awards. We were the only show nominated outside national and Dublin radio, so we’re delighted to take the award home to the South East!”

Beat CEO Gabrielle Cummins said that she’s delighted to see such positive listenership figures on the back of a Gossies 2020 win: “We’re delighted to receive more positive news this week as latest listenership results reveal more people than ever before tune into Beat on a weekly basis. All the team works hard to ensure we inform and entertain our loyal audience day in, day out, so we really appreciate that so many people choose Beat consistently.

“Building on our success to date, we promise to continue to break new music and combine that with lots more craic. We have a once in a lifetime promotion kicking off next week and we’re all excited about presenting this to our audience. Be sure to tune in, it’s gonna be huge!”

Cork’s RedFM has an average daily reach of 122,000 – making it Cork’s most listened to radio station.

CEO Diarmuid O’Leary said: “Cork’s RedFM has a greater capacity to reach more potential customers on a daily basis than any other radio station in Cork and we are proud to be part of the very fabric of the Rebel County.”

Midwest Radio says it has further increased listenership in latest JNLR. The daily listened figure is now at 63%, with market share at 55.9%.

Station Director of Live 95, Joe Nash said “We are honoured to serve the people of the great City and County of Limerick and grateful that they continue to respond in such numbers to Live 95 and our mix of the best music, chat, sport and detailed focus on local life in Limerick. I want to thank the team on-the-air and behind the scenes at the radio station for their hard work and dedication to delivering a service that the listeners of Limerick engage with so much and thanks also to our loyal advertisers, for their really valued support.”

He continued “The power of radio in general is obvious from the official survey, showing that 84% of Limerick people are listening to a radio station every day, which is up from the already very high figure of 12 months ago.”

WLR FM‘s Michael Byrne reports 70% of the people of Waterford are tuning in weekly. The station has also just hit a 47% in share.

Tipp FM reports that it is the number one choice for adults in the Premier County with over 70,000 people tuning in each week. This is an increase of 1,000 listeners from the survey recorded in the last three months.

Radio is the most trusted medium in Europe and we’re delighted 8 out of 10 people listen to radio every day in Ireland.

A proud day for us all here in KCLR!#chooseradio #JNLR #KCLR https://t.co/SCsDbUZrBf

Another great JNLR day for @wlrfm . 70% of the people of Waterford tuning in weekly. We’ve also just hit a 47% in share which we are delighted about. Well done to all the team. WLR is the station to listen to this Sunday for the Waterford election result. #JNLR #RADIO #WATERFORD pic.twitter.com/ii6Y5VAdxj

Midwest Radio further increases listenership in latest JNLR / Ipsos/MRBI poll.
Our daily listened figure is now at 63%, with market share at 55.9%.
Thanks to our listeners and advertisers for ongoing support pic.twitter.com/alnnLZT211

RadioToday does not have access to raw JNLR figures and relies on public information regarding the latest audience figures to compile this report. If we have missed something, please let us know via news@radiotoday.ie.