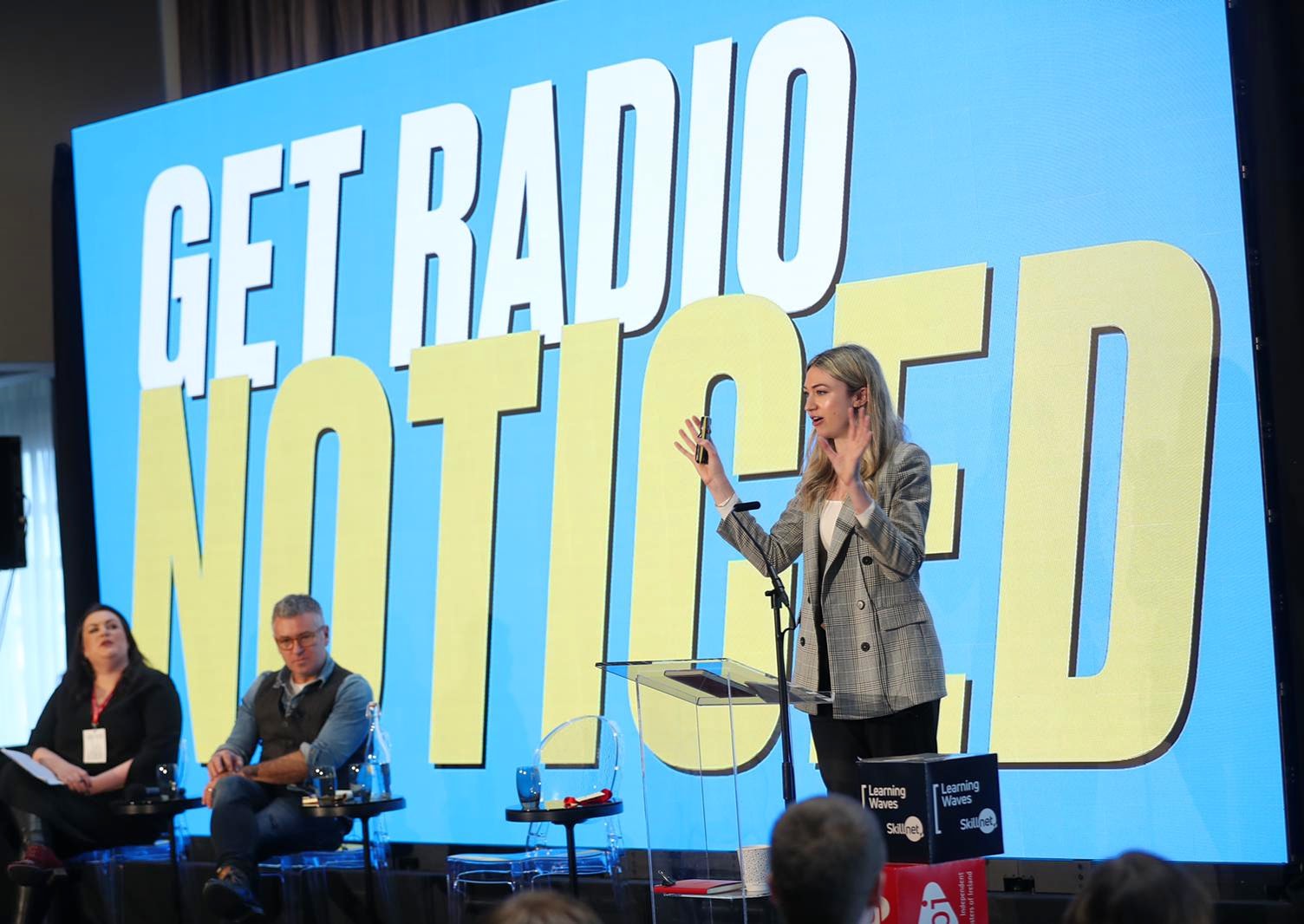 Dozens of speakers talking about the topics relevant to the radio sector, and a few awards were given out as well, including to Peter Bardon who received an award for his outstanding contribution to Irish music.

So if you missed any of it, here are the best bits from Twitter:

All smiles and ready for Radio Days Ireland 2020 – make sure to use #RDIrl20 in your tweets to get Radio Days trending on Twitter! pic.twitter.com/TVhNbbev3Q

"Radio is so robust, it is local, live and our stories told by local people. Don't worry about what your neighbour is doing. It's about brand and keeping it local" ~ The Future of Radio Debate #RDIrl20 pic.twitter.com/DeMRcMt5XJ

“It’s the new stand-up, everyone thinks they can do it.” @pjgallagher on podcasting ? #RDIrl20 pic.twitter.com/UxJ7E1Rjla

"There is absolutely an extraordinary amount of Irish music being produced in every part of Ireland- it is recognised all over the world as being one of the best," Niall Stokes urges local radio stations to support local artists as much as possible on the air. #RDIrl20 pic.twitter.com/N9487VC5V5

We managed to migrate our audience from Facebook to our podcast- we never knew how big it would be." You either like us or you don't but we are who we are" ~ @the2johnnies #RDIrl20 pic.twitter.com/wZGeAH76pI

What a great day! Here’s to another great day tomorrow ?? @RadioDaysIrl pic.twitter.com/rlGodOlnQf

Learn from the past, don’t live in it – Liam Sheedy tells ⁦@RadioDaysIrl⁩ … and learn from others, everyone will have a cup of tea with you #RDIrl20 pic.twitter.com/Ws2NiogS00

Our boss man meets the Tipp gaffer… Note the red card ? It wasn’t mentioned today at the #RDIrl20 conference. pic.twitter.com/mxEGShIta2

"Nathan Carter would never have had a look in if it wasn't for local radio. I don't think you realise the power the radio have in creating jobs. Promote your local artists" ~ Peter Bardon receiving an award for his outstanding contribution to Irish music. #RDIrl20 pic.twitter.com/KIEA3TYzef

Well done to @CorksRedFM on supporting & playing the most Irish music on air over the past year. @davemacardle accepting the award on behalf of the station presented by Victor Finn CEO @IMROireland & @eleanormcevoy #RDIrl20 pic.twitter.com/MBh7AoSuAC

DAB was a hot topic:

Speaking about DAB Jim Jennings from Radio says commercial sector hindered introduction for DAB. RTE holding debt for that still. Lots of people shifting in their seats. Feels like there might be handbags! @RadioDaysIrl

From a UK perspective to be having this discussion in 2020 seems crazy. An RTE retreat from DAB was inventively without commercial support on the platform. The UK shows brands growing on DAB – platforms not the debate, content is. #RDIrl20 https://t.co/Jjr0kNgnc9

And there were a few participants from the UK as well:

It was an honour to be invited to @RadioDaysIrl to speak about the ground-breaking general election coverage on @LBC & @LBCNews. Great panel discussion about future trends in political journalism and the role of regulators in the digital sector @global #RDIrl20 pic.twitter.com/YrL5J13i8k

Talking about “selling the sizzle” of radio and nice bit of Gaeilge there from Siobhan Kenny Radiocentre CEO. #RDIrl20 pic.twitter.com/L0Wwgf0hcx

"Being contemporary and sounding fresh is paramount so we want to avoid sung vocals that feel cheesy, 'old' or predictable." ~ @paulfernley @reelworldeurope talking during the breakout session on 'Evolving your stations sound –Refreshing your sound | Retaining localness’ #RDIrl20 pic.twitter.com/ofyZVCCqJg

“We have exciting times ahead” – Paul Keenan confidently addressing the #RDIrl20 audience for My Radio Story: A Broadcasting Career session pic.twitter.com/qc7l6eo0Ya