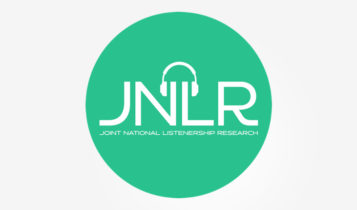 Newstalk is celebrating moving into second place as the nation’s second most listened to radio station in the latest JNLR results.

At RTÉ, Morning Ireland, Liveline and Sunday with Miriam have also shown big increases during the pandemic for Radio 1, however, RTÉ 2fm has suffered a loss in weekday listeners including a little at Breakfast year on year.

Morning Ireland is the most-listened-to radio programme in the country, increasing listenership by 62,000 (YoY) with 491,000 tuning in each morning.

The figures, released today, covers the 12-month period from October 2019 to September 2020 but are missing a quarter of the required data than usual.

There was no interviewing conducted in Quarter 2, April, May and June 2020. Therefore, the report incorporates 9-months data during this 12-month period.

Newstalk says it is now the clear number two station in Dublin on the key audience measures of listened yesterday and market share after overtaking FM104 for the first time.

Peter Woods, Head of RTÉ Radio 1 said: “This JNLR is a snapshot of what has been an incredible time in the lives of people in this country. The performance of Radio 1 across the board is phenomenal.

“It’s a tribute to our programme teams and presenters, their hard work and enduring commitment – often, individually, in trying circumstances – delivering to the highest standards for our listeners. In this era when news is constantly questioned, RTÉ Radio 1 remains the trusted source and that is humbling for all of us here. Journalism matters.”

Dan Healy, Head of RTÉ Radio Strategy and RTÉ 2FM said: “At 2fm we had anticipated the justified surge of audience to RTÉ Radio 1. We are thrilled with how Jennifer Zamparelli’s programme performed, essentially unchanged, in period of a huge demand for news and current affairs. Tracy Clifford also has a very good book.

“Our weekends saw significant growth, with big gains, especially for Chris and Ciara , Louise McSharry from 9am and Carl and Aifric at breakfast.”

Overall, the latest results show 3.19 million listeners (15+) tune into radio every weekday – that is daily radio listening at 81% of all adults.

A total of c 12,120 people were interviewed during the survey period by Ipsos MRBI, on behalf of JNLR – Joint National Listenership Research – that is commissioned by all national, regional and local stations, BAI, AAI, and IAPI.

How have you done? Email your results to news@radiotoday.ie and we’ll add you to this page.

More people in Ireland are listening to radio than this time last year- FACT!

Thanks to 3.2 MILLION adults daily who #TrustRadioChooseRadio

When the South East needed a lift and some companionship this year, they came to @beat102103. JNLRs today show Beat reaching its highest Average Quarter Hours ever. Very proud of the team who worked so hard under the strangest conditions #ChooseRadio #JNLR pic.twitter.com/NH7oKsoIK3

With over 3.1 million listening daily, advertise on radio and you'll be putting your business in front of Ireland's biggest crowd! ?#TrustRadioChooseRadio #JNLR pic.twitter.com/5dbWshdDtF

Thank you for listening, we love having your company each day