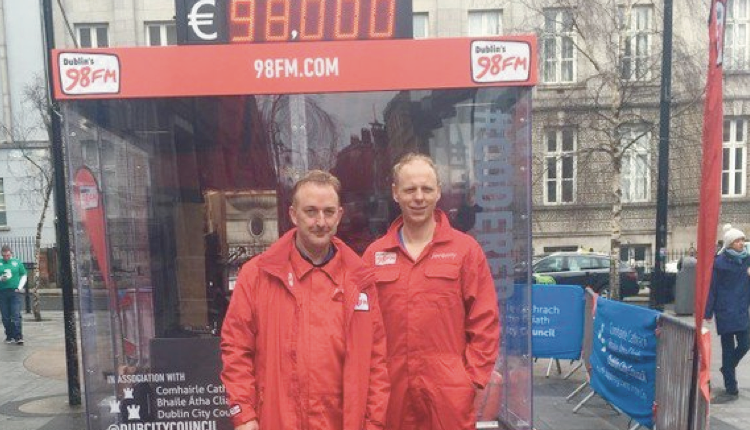 98FM has today announced that its mid-morning phone-in show Dublin Talks has come to an end.

Presenters Adrian Kennedy & Jeremy Dixon are to depart the station after seven years.

Michael Brett, 98FM Programme Director said: “I’d like to thank Adrian, Jeremy & the dedicated production team for their time at 98FM and their commitment to Dublin Talks. We wish them all the best in their future endeavors.”

“We spent a very memorable two weeks ‘living in a box’ in the City Centre during 98FM’s Code Red – and were honoured to host the stations Best of Dublin Award.

“We’re most proud at having won two IMRO National radio Awards along the way. Both Jeremy and I are already working on new projects for the future.”

98FM will be moving to a more music format from Monday, 26th April, with The Sound of the City with Barry Dunne now broadcasting from 10am-3pm, and The Big Ride Home with Brian Maher starting at the earlier time of 3pm.

98FM was recently bought by Bauer Media and is currently pending review.