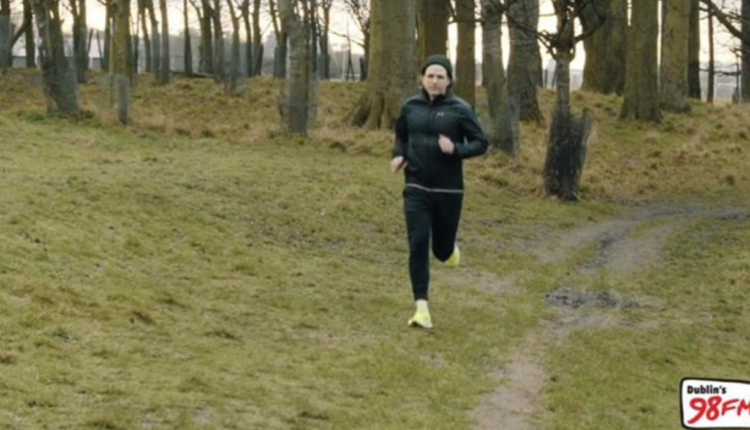 98FM’s Brian Maher will take to Dublin’s Phoenix Park today (Thursday) in a bid to complete a 24Hour Runathon which aims to raise €24,000 for Special Olympics Ireland.

Brian – presenter of The Big Ride Home and a big fitness enthusiast is no stranger to undertaking ambitious challenges in aid of Special Olympics Ireland, having run, swam and cycled previously raising over €75,000 for the charity in the process.

This morning at 9am, Brian began his solo runathon, which is approximately 160KM through the Phoenix Park and arrive at the finish line at 9am on Friday morning – continuing his quest throughout the night, whatever the Dublin weather throws at him.

Speaking ahead of his 24Hour Runathon, Brian said: “I’m really excited and also a bit nervous to be undertaking yet another endurance challenge, pushing my body to the limit.

“However, I know I have great support from my family, colleagues and 98FM listeners which will spur me on, but most importantly, it’s a privilege for me to be teaming up once again with Special Olympics to raise as much money as we can.”

Matt English, CEO, Special Olympics Ireland commented: “Brian embodies our Can’t Stop Now ethos and I wish him all the best of luck as he embarks on this challenge today. Brian continues to take positive steps towards supporting our athletes who have had to overcome many challenges in their daily lives, and that was before the pandemic hit.

“I urge everyone to support him by making a donation today, no matter how small. Each donation will go towards supporting Special Olympics athletes across Ireland as we adapt to a post COVID world with a return to sports and other related activities.”

Brian will be cheered on throughout his run by his 98FM colleagues as a number of shows will broadcast from the Phoenix Park from 10am-10pm on Thursday, keeping listeners updated on his progress and encouraging people to donate what they can to Special Olympics Ireland.

To donate to Brian’s 24Hour Runathon, go to 98fm.com/donate and listen to 98FM for the latest on Brian’s progress and fundraising updates.