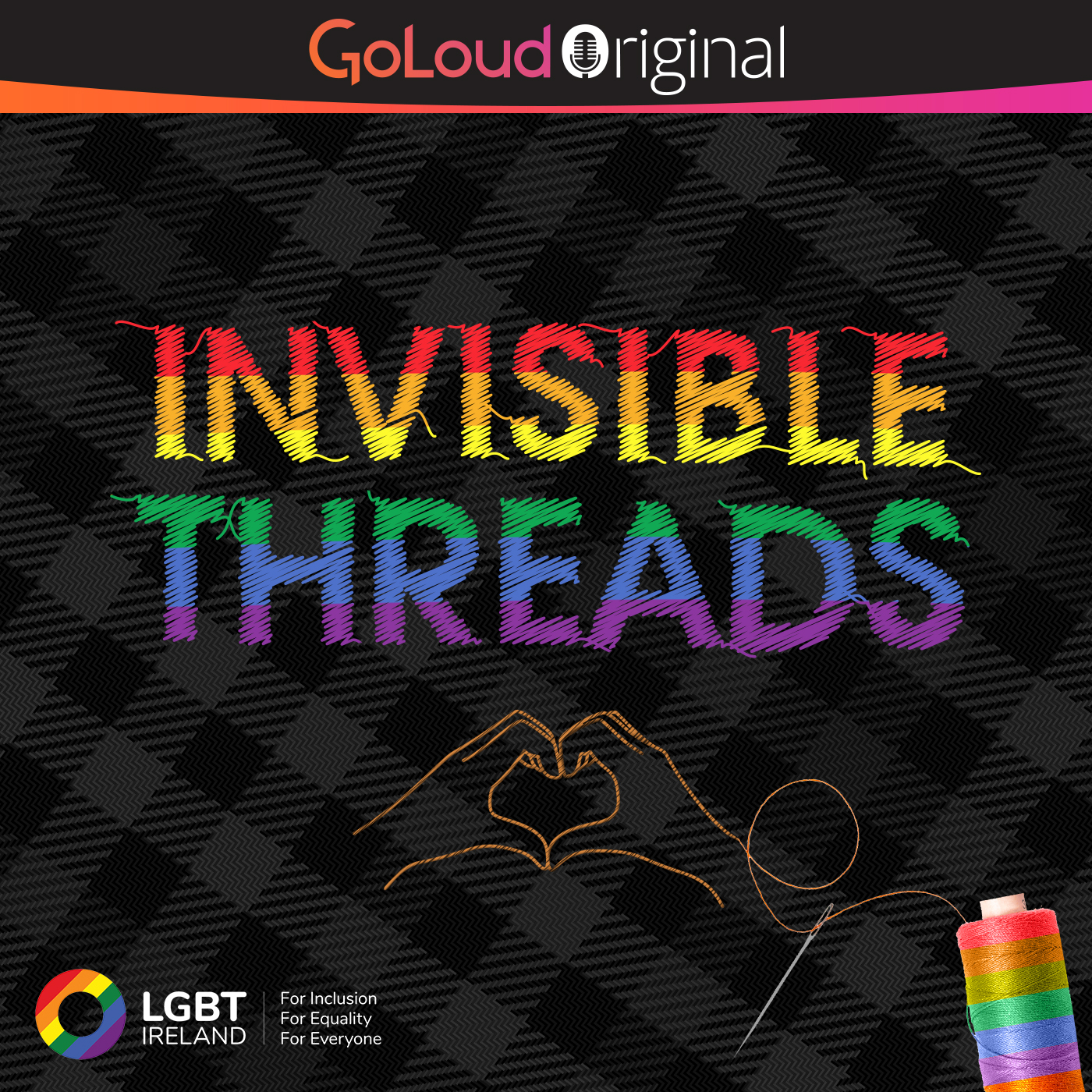 GoLoud has announced the release of its new and original podcast series, Invisible Threads.

The eight-part series was the winner of the inaugural GoLoud Podship, a bursary worth €20,000 which invited submissions for an original podcast series.

Of the winning series, the GoLoud judging panel said: “We knew from the outset that this had the potential to be a great podcast. James’ passion and determination to give a generation of people a voice was evident and what he has delivered is audio storytelling at its very best – raw, honest, heartfelt personal accounts that give us all cause for reflection on a very important part of our history”.

Invisible Threads, hosted by James O’Hagan tells the powerful stories of eight older members of the LGBTQ+ community as they open up about their experience living as a queer person in Ireland, with contributions from psychologist Dr Paul D’Alton.

From coming out prior to the decriminalisation of homosexuality, gender dysphoria and conversion therapy, Invisible Threads features raw, honest conversations with members of the community, including Mrs. Brown’s Boys star Eilish O’Carroll.

James O’Hagan donated the €5,000 prize money to LGBT Ireland to help further the charity’s work in support of older members of the community. The launch of ‘Invisible Threads’ coincides with International Day Against Homophobia, Transphobia and Biphobia. This month also marks the 6th anniversary of the Marriage Equality Referendum.

Kiela Brodigan, GoLoud Director said: “The annual GoLoud Podship was developed to identify and provide a platform for original podcast content – stories and conversations that may not otherwise be heard. We’ve been blown away by the response, the talent and creativity that’s out there is something to behold.

“Our GoLoud Podship winner ‘Invisible Threads’ is a story that needs to be told and listeners to the GoLoud app will connect immediately with the empathy and passion that James has woven through this series. This is just the beginning of GoLoud’s ambition when it comes to creating and supporting original podcast content for the GoLoud app”.

Commenting on the series, Darren Cleary, GoLoud Managing Editor said: “The launch of ‘Invisible Threads’ marks the beginning of an exciting new journey for us. Over the coming months we’ll be developing a suite of new digital programmes and podcasts across a number of genres under the GoLoud Originals banner. These series’ will underpin our clear commitment to producing genre defining, habit forming, innovative digital properties and podcasts.”

GoLoud Podship recipient and host of ‘Invisible Threads’, James O’Hagan said: “GoLoud’s enthusiasm for the concept and commitment to both me and the series was clear from the very beginning. The support and guidance I received throughout the process has helped me produce something truly remarkable. I can’t begin to express how proud I am of Invisible Thread and of the 8 amazing people who were brave enough to share their stories with me.”

Applications for the GoLoud Podship 2021 will open on 31st May.

Invisible Threads, a GoLoud Original Podcast launches today, May 17th and is available now on the GoLoud app and on goloudnow.com.