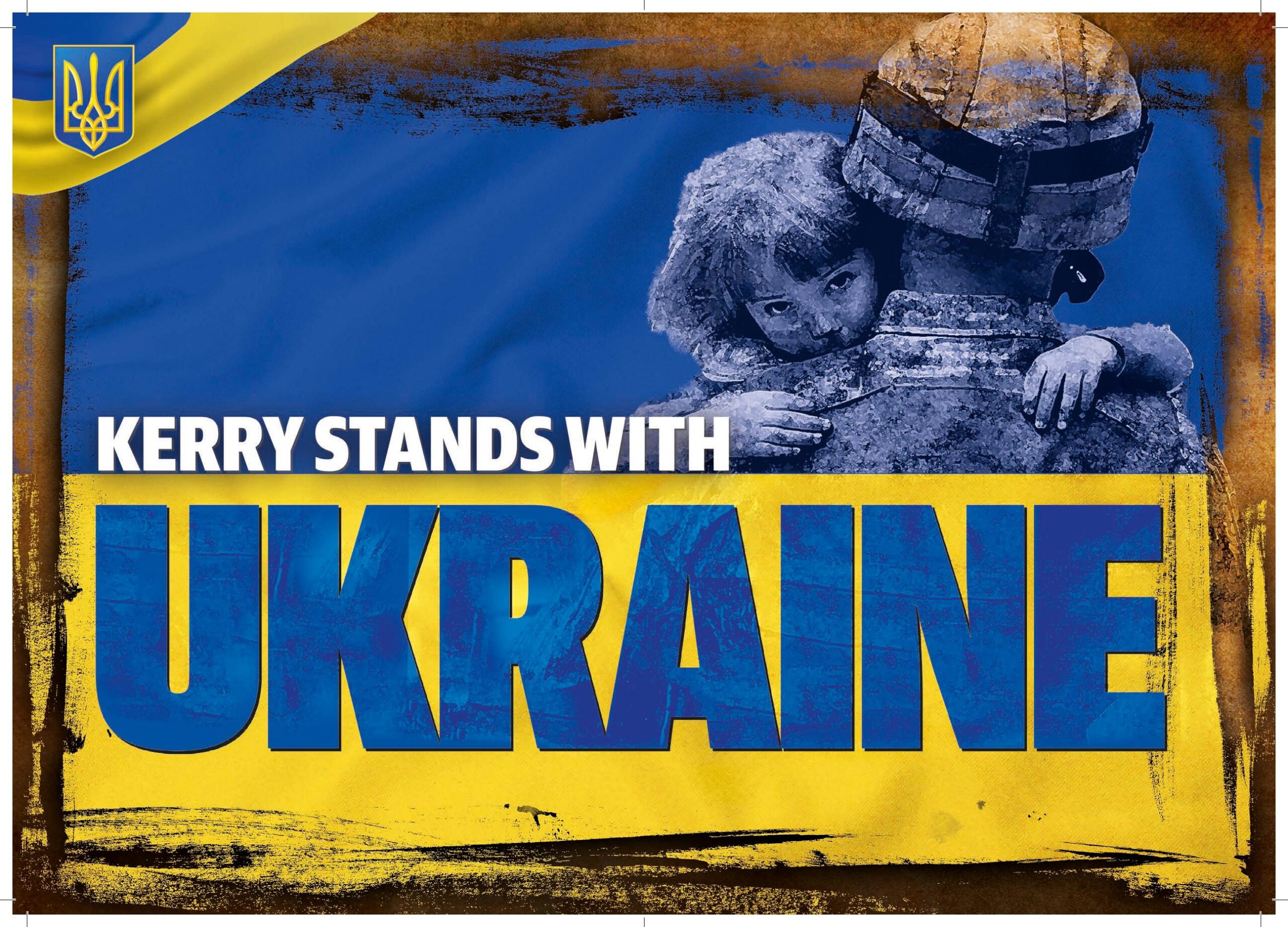 Radio Kerry goes blue and yellow in support of Ukraine

Today the county of Kerry has changed colours from Green and Gold to blue and yellow for a Day of Support for the people of Ukraine.

Radio Kerry is supporting the initative and General Manager, Fiona Stack said the Day of Support is in response to the many listeners who are contacting the station wishing to express their concern at events in Ukraine, the plight and courage of Ukrainian people and looking for ways to help and support them in any way possible.

Ms Stack says “We are lucky enough to live in a democracy where people can have their say. In previous years we have held a County Colours Day when the Kerry Team have been taking part in All Irelands so this Friday people throughout the Kingdom and beyond will be invited to do the same but this time displaying the colours of the Ukrainian flag in their homes, schools and businesses.”

The station has joined forces with Kerry’s Eye & The Kerryman and are supported by Tralee Printing.

Both papers will this week publish a special supplement including a coloured pull out of the Ukrainian flag which people can display should they wish.

Tralee Printing has given its time and expertise to assist with the insert. Other media organisations and local photographers have also pledged their support.

“It’s no longer just Governments that can express a view, in the modern world of mass media ordinary people have multiple ways to have their voices heard too and the media organisations in Kerry wanted to come together to provide a forum for those voices. We don’t believe a single county in the west of Ireland has the power to change Mr Putin’s views, but maybe enough ordinary people around the world speaking up can influence other ordinary people to say – not in our name” said Ms Stack.

The media organisations will share details of the Red Cross and the UNHCR donation lines, as well as the locations of various events and collections points that are being organised throughout Kerry. They will speak with Ukrainians living in Kerry. Even though it is only a small thing it will hopefully make them and their families back at home aware of the support of the people of Kerry.

Radio Kerry will share the messages on its social media channels on the day and will attempt to forward them to a sister radio station in Ukraine.