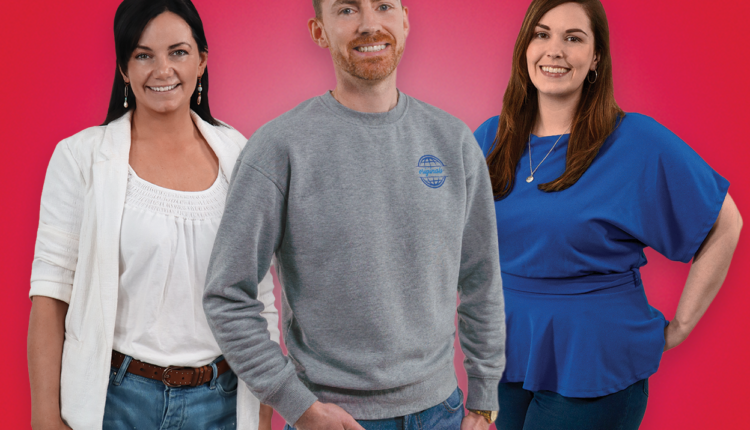 Limerick-born, New Ross-based sports reporter Shaun Connolly is new to the Beat team, while news journalists Joleen Murphy and Jan Stafford return to Beat after a number of years with other local and national news outlets.

As well as curating Beat’s on air and digital sporting output, Shaun will present SportsBeat Xtra on Saturday evenings.

He says: “I hope to bring a passion for sports and conversation that will reverberate across the region. We’re spoiled with an abundance of sporting talent and it’s my aim to not only publicize this, but to hopefully give a voice to many individuals that have a story to tell.

“Friendly chat, engaging topics, and relevant content – that’s my aim! I’m inheriting a role from a great guy and it’s now a case of contributing to an already brilliant programme. Let the show begin.”

Following a twelve-month stint in local radio as a news and broadcast journalist, Enniscorthy-native Joleen Murphy returns to Beat for her second spell at the station. With a wealth of experience drawing from her time at RTÉ, Virgin Media Television and EirSport, Joleen re-joins Beat in a full-time capacity as a News & Broadcast Journalist.

Speaking about her appointment, Joleen says she is thrilled to be taking up the position: “The team in Beat are hardworking, vibrant, diligent and leaders in regional news coverage. Getting a chance to work with them is an opportunity of a life time for anyone in Journalism.

“There is a great comradery amongst the madness of deadlines. They encourage creativity & new ideas – while also being great craic. I’m looking forward to shining a light on local and national news and covering more hard-hitting topics too.”

Also rejoining Beat’s news team is Jan Stafford from Murrintown, Co. Wexford. Jan, who has worked for the Independent News Agency (INN) and local radio in the intervening years returns to the station where she first plied her trade as a broadcast journalist.

Speaking following the announcement, Beat’s New and Sports Editor, Dean Egan, said: “I am extremely proud of the news and sports team I have in Beat. Each member of the new team brings something different with them. Shaun has unquestionable sports knowledge, while Jan and Joleen bring a wealth of experience and knowledge of the news landscape across the South East.

“I’m looking forward to working with the team to bring our listeners the news that matters to them in a timely fashion, something Beat prides itself on”