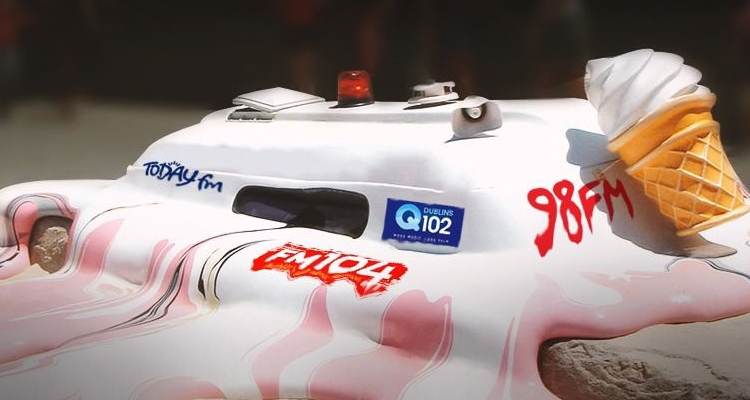 Radio stations across the nation are celebrating record figures in the latest JNLR covering July 2021 to June 2022.

From Nova ‘melting the competition‘ to Newstalk’s record share of 7.2 percent from an increase of just 0.1%.

The JNLR report shows radio enjoys huge audience numbers with 91.2% of Irish adults and 87.1% of 15-34 year olds listening to radio every week.

It shows that Facebook only has 34% of adults using its platform daily, Instagram, 30% of adult users daily and Tik Tok with 12% using the platform each day.

Listening to live radio via FM/AM is still by far, the most popular form of listening accounting for 90% of all adult listening, 4% of listening is through a smart speaker and 3% through a mobile device. For younger cohorts, the pattern is a little different with 81% of 15-34 year olds listenership via FM/AM while a mobile device and a smart speaker account for 9% and 5% of their listening.

Newstalk has added 21,000 listeners over the last year and now has a weekly audience reach of 788,000 listeners.

Today FM has plenty to celebrate after increasing its market share to 9.1%, its highest in over a decade. While Ray Foley has seen his listenership jump to 143,000, an increase of 11,000 in this timeslot since last year.

Beat Breakfast has announced the highest ever morning audience on Beat! 50,000 brilliant listeners every day.

iRadio has seen an increase in daily listening, average quarter hour and a record high in market share at 8.3%.

CEO / Programme Director, Kevin Branigan, said: “To say we’re delighted by these figures today is a definite understatement! We’ve worked really hard over the last year and it’s gratifying to see this effort coming through like this is fantastic.”

RTÉ Radio 1 holds 17 of the Top 20 Most-Listened-To Programmes in Ireland and continues to be the only station in Ireland with a weekly reach of over +1 million at 1,388,000, even thought it is down 6,000 this book.

Drivetime with Sarah McInerney and Cormac Ó hEadhra engross the nation with 216,000 listeners tuning in every weekday evening, up 1,000 listeners this book

The Ray D’Arcy Show broadcasts to 197,000 listeners each weekday afternoon.

2FM Breakfast with Doireann, Donncha and Carl has 9,000 more tuning in since last book.

Dan Healy, Head of RTÉ Radio Strategy and RTÉ 2FM said: “A very good book for 2FM. Doireann, Donncha and Carl have had a stunning result and the 2 Johnnies look to be doing really well which augurs well for the next survey. The changes we made at the weekends seem justified, particularly with Laura Fox making big gains at 9am on Saturday and Sunday.”

Ciaran Cunningham CEO Radiocentre Ireland said: “I am delighted that the JNLR listenership data released today shows clearly the huge power and popularity of radio among the Irish population.

“Radio delivers unrivalled audience numbers on a daily and weekly basis. Radio listening is booming and today’s figures are a great reminder that Irish radio is a central part of people’s lives. As a commercial medium, radio gives brands a way to speak to millions of people every day.”

THANK YOU! The latest #JNLR listenership survey is just out and we’ve DOUBLED our listenership in Dublin since the start of last year!
We’ve always thought what we do is better than the rest and now we have the proof. So, a big thanks to all of you for tuning in! #ChooseRadio 📻 pic.twitter.com/BCKFYnAN3i

Less than 12 months into New Beat Breakfast, and we’ve just delivered the highest ever morning audience on Beat! 50,000 brilliant listeners every day. Thank you! #JNLR pic.twitter.com/vdXOnbUfqZ

Highest figures ever for a breakfast show on @C103 highest market share ever for C103 and best book ever for C103 #JNLR Thank you soooooooo much for listening to C103 and #Corks More Music Breakfast I'm on a high 😀 🎙🎧📻 pic.twitter.com/GfnKXck5CZ

To quote the late great Errol Brown – “Every 1’s a Winner”. Latest #JNLR figures are out. Just a quick snap shot of Cork to show how nobody loses! pic.twitter.com/5EB6rlpnkL

Are we missing your data? Email us now – news@radiotoday.ie