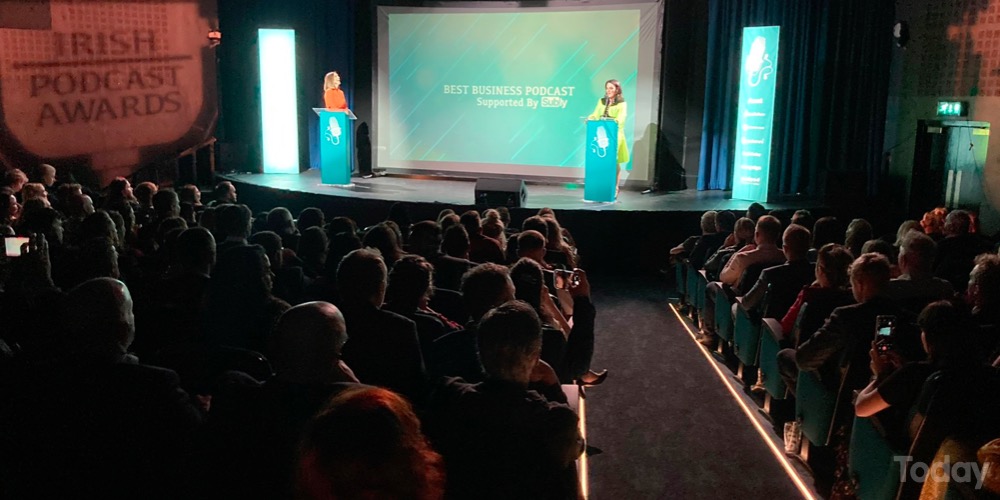 The winners of the Irish Podcast Awards were revealed at the very first get together of the Irish podcast industry on Friday evening.

Nicola Tallant’s The Witness; In His Own Words was the big winner of the evening taking home three awards, including Podcast of the Year. Tommy, Hector & Laurita had cause for celebration also as they took home two awards.

Other winners on the night included The Good Glow, The Mario Rosenstock Podcast and Assume Nothing: Rape Trial. The full list of Gold, Silver & Bronze winners is below.

The event was held in Dublin’s Liberty Hall, with over 350 of the Irish podcasting industry attending. Creators, producers, marketing teams and podcast networks were all in attendance for the first of its kind event ever held in Ireland.

Over 400 individual podcasts entered the awards, which were then whittled down to 125 across the 27 categories.

Speaking about the Awards, organiser Matt Deegan told RadioToday: “We are thrilled beyond belief to have launched the Awards with such a bang. We are delighted to celebrate with the vibrant podcasting community in Ireland and now with the first event is up and running, plans for 2023 start on Monday!”

See photos from the night here, and see all the winners below: