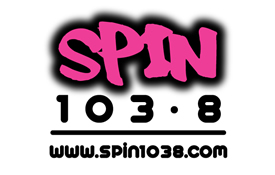 RTÉ has announced it has the most popular website, but when it comes to social media, commercial stations lead the way.

RTÉ has one million hours streamed on its online player during January, but in the all important social media space, Radio 1 only manages 7,000 likes on Facebook, and 22,000 followers on Facebook.

So how does a radio station attract so many social followers?

Spin 1038 CEO Jamie Crawford told RadioToday: “Social media allows us to engage with our audience on a whole other level. While some see it as a threat to traditional media, I see it as a complement as it improves audience interactivity with the radio station, generates relevant content and enables us to have an on going dialogue with our listeners.

“Our research shows the majority of our audience are spending two and half to three hours per day on social networking sites, so we need to be there with them and provide them with content that will entertain them and ultimately drive them to tune in to the station.”

Here are the most popular radio stations on Facebook:

Watch out for a special feature with Jamie Crawford on RadioToday next week.

Spin 1038 is also up for the “Most Innovative International Radio Station” award in the Worldwide Radio Summit Awards, to be decided in May at the radio conference in Hollywood.

comScore confirms that RTÉ.ie is the most popular Irish Website in Ireland.