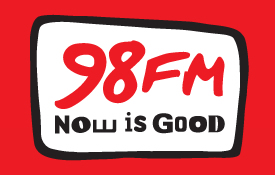 Chris Doyle has announced his departure from 98FM, explaining it was a tough decision but it was time for a new challenge.

Chris has been with Communicorp for over ten years and is the latest of a few execs to leave the company recently, with Newstalk Chief Executive Frank Cronin and Paddy Halpenny, Group Chief Executive already gone.

Speaking about the decision, Chris said “I’ve loved working with everyone in the stations and across the group on brilliant brands and very exciting projects. I wish everyone in 98FM and Communicorp the best and I know the station with go from strength-to-strength.”

A statement from the station says: “Communicorp and 98FM want to sincerely thank Chris for his valuable contribution and wish him all the best for the future.”

98FM has just embarked on a new half a million Euro marketing campaign to promote Ray Foley and Dermot & Dave.

Chris leaves on June 7th and Communicorp is currently looking for a replacement.