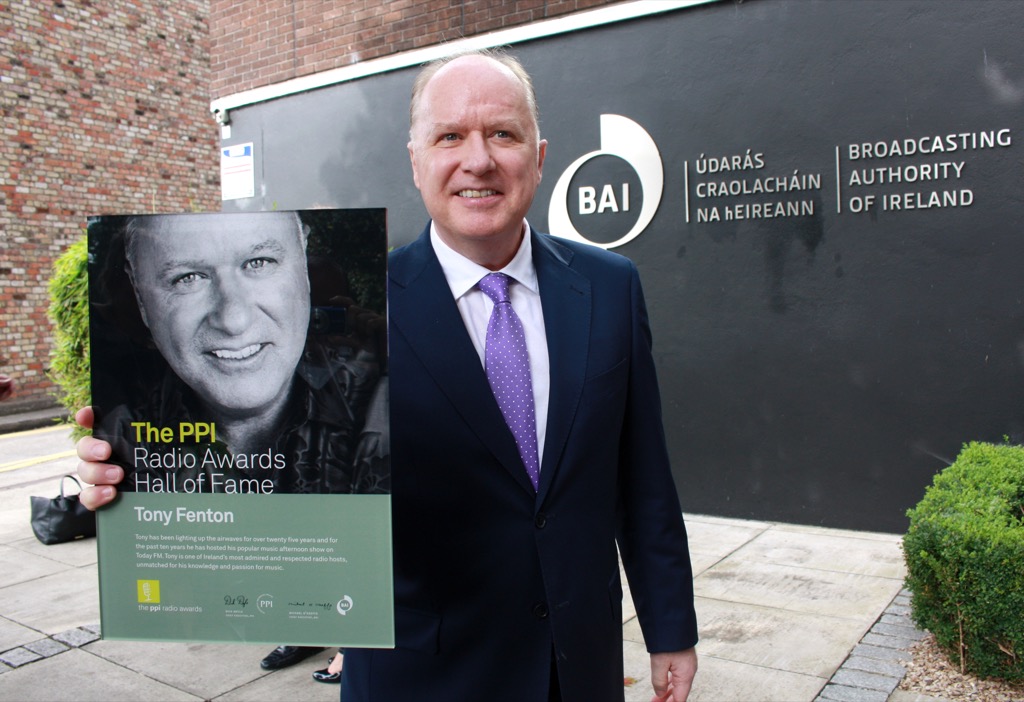 Tony Fenton, who was inducted into the PPI Radio Awards Hall of Fame last week, says he is delighted with the surprise award.

The Today FM presenter said “It’s a wonderful feeling, I didn’t expect it at all. After being on the radio for so long and to get this award and to be on the wall with such other great broadcasters is just a big thrill. I’m delighted”.

Tony Fenton has been on-air for over twenty five years and for the past ten years has hosted his music afternoon show, The Tony Fenton Show, on Today FM.

Chief Executive of Today FM, Peter McPartlin said “Those who have worked with Tony over the years know only too well the positivity that he exudes – it’s a trait that not only inspires those who work with him, but also is something he manages to convey to his listeners. Tony Fenton does music radio like no-one else. He’ll happily tell you it’s not work. It’s a love affair.”