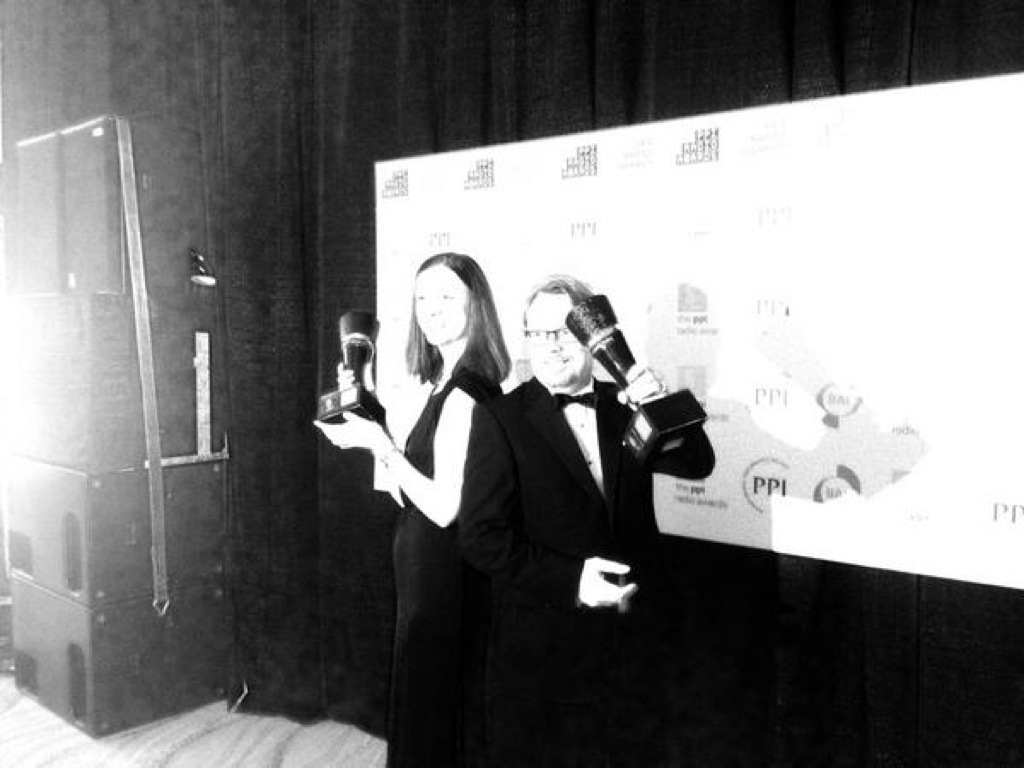 The Outstanding Achievement Award was, for the first time ever, presented to two people this year at the PPI Awards.

Lisa Ni Choisdealbha from the Independent Broadcasters of Ireland and JP Coakley fro RTÉ were both honoured for their work bringing Radiodays Europe to Ireland in 2014.

They were given their awards during the initial stages of the annual PPI Radio Awards, which are taking place in Kilkenny this year.

Also getting awards this evening, are the 2014 Hall of Fame inductees:

There was also a standing ovation tribute to the late Gerry Anderson of BBC Radio Ulster.

Winners of the station awards will be announced after 10pm.