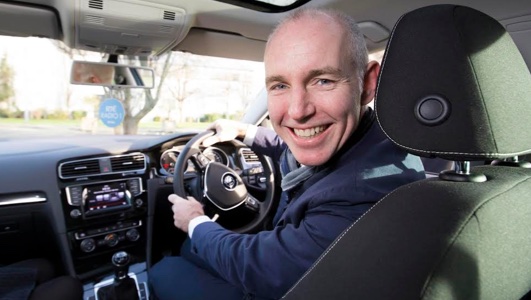 Ray D’Arcy’s new show on RTÉ Radio 1 will be sponsored by Volkswagen when it starts on Monday 2nd February.

The 18-month deal, brokered by Mediacom, includes a suite of weekly promos across Radio 1’s top ten shows including Morning Ireland, Today with Sean O’Rourke, News at One, Liveline and Marian Finucane, as well as six sponsorship stings per show. The deal also includes outside broadcasts and promotions.

Ray D’Arcy is happy with the news: “I’m thrilled that Volkswagen have come on board and we are hugely encouraged by the fact that they have chosen to sponsor the show for 18 months.”

Dan Healy, Commercial Director RTÉ Radio added: “The six-figure deal shows real confidence in what promises to be a programme of great significance to the Irish media landscape. Securing sponsorship from a market-leading brand such as Volkswagen ahead of the launch of this new programme is indicative of the anticipated reach of The Ray D’Arcy Show, which will be a pillar programme on RTÉ Radio 1.”

Commenting on the sponsorship Paul O’Sullivan, Head of Marketing Volkswagen Ireland said: “We are very excited to come on board as the sponsor of The Ray D’Arcy Show at its new home on RTÉ Radio 1. As the number one car brand in Ireland, the sponsorship is the perfect fit. We are big fans of RTÉ Radio 1 and of Ray and the team and believe this will become a hugely successful show. We look forward to working with Ray and the radio team and wish them the best of luck with the new show.”