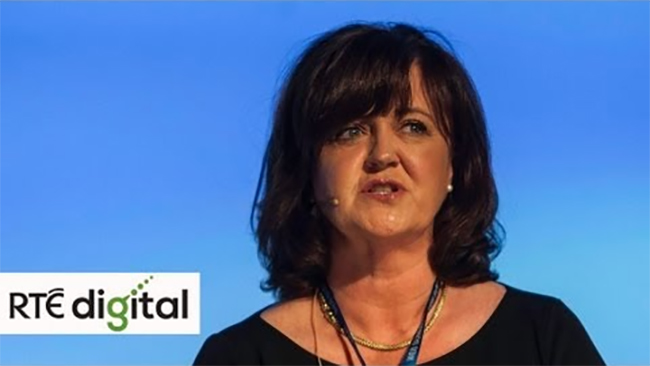 RTÉ has launched a two-year digital strategy, including the re-development of the RTÉ Player and a revamp of the RTÉ.ie web site, in order to keep pace with fast-changing audience behaviour.

A new digital strategy board is being set up led by the station’s Managing Director of Digital Múirne Laffan, which will advise RTÉ’s executive board on “the appropriate level” of investment in digital activities.

In a document circulated to staff yesterday, RTÉ Director General, Noel Curran said: “Competition with major global providers such as Netflix and YouTube for audience’s viewing time is intensifying”, adding that the ultimate aim of a “fluid and responsive” digital strategy is “a fully integrated, digital RTÉ”.

As part of an organisational restructure, RTÉ Player is to be expanded beyond its original function as a catch-up service, hosting exclusive content that won’t be seen elsewhere on the broadcaster’s platforms. They are also to recruit a new head of the RTÉ.ie web site, as well as a digital editor of radio – whose role will be to increase the flow of content from news and current affairs radio shows on to RTÉ’s digital news platforms.

RTÉ 2fm’s online and mobile presence will be expanded, and the broadcaster’s radio studios will be upgraded with fixed multi-camera equipment to allow for greater “visualisation of radio”, including live music performances, with a new “visual leader” appointed to drive such output.

Múirne Laffan said: “This is about a reallocation of funds within RTÉ, rather than getting new funds”, adding that RTÉ’s 3-year old digital division has now reached the stage where its products and services have become mainstream. While 94 per cent of Irish people use one or more of RTÉ’s services in any given week, almost half now use its online or mobile services.

However, this is not reflected in RTÉ’s commercial revenues, which remain dominated by TV advertising & sponsorship, with digital income only pulling in approximately 9%. The organisation has only recently begun collecting digital subscription income through its GAAGO and its new RTÉ Player International ventures, which both target the diaspora.

Ms Laffan said she expected linear TV channels would continue to be important in the future but that younger, less brand-loyal generations would have to be reached through different routes, admitting that “content discovery can be a real challenge in a noisy digital space”.

The new enhanced RTÉ Player International service is available for iOS devices, supporting iOS7 or greater, but not yet for Android devices or desktop computers, whose users must still use the original RTÉ Player service for international audiences.