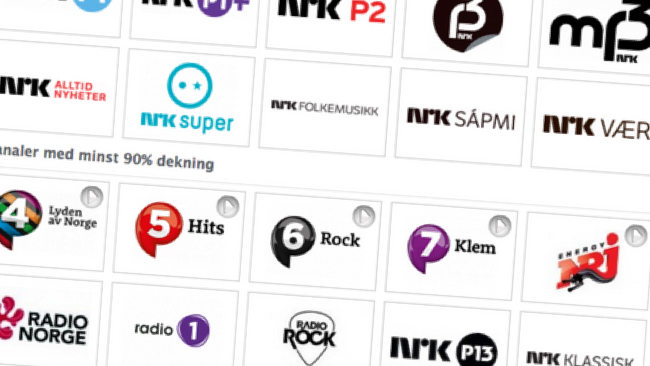 National FM networks in Norway will leave FM and move to DAB only, starting in 2017.

The switchover will begin in the North and will be implemented region by region, the Ministry of Culture said today.

Norway began the transition to DAB in 1995. In recent years two national and several local DAB networks has been established. 56 per cent of radio listeners use digital radio every day. 55 per cent of households have at least one DAB radio, according to Digitalradio survey by TNS Gallup, continuously measuring the Norwegian`s digital radio habits.

Norway is the first country in the world to decide upon an analogue closure for all major radio channels, starting on January 11th 2017 and ending in December. The DAB coverage in Norway now exceeds FM and provides Norway with 22 national channels, as opposed to five channels transmitting nationwide on FM.

And although DAB services exist in Ireland, there are no plans to switch off FM or move the major broadcasters to digital only for the immediate future.

STATS FOR DIGITAL RADIO IN NORWAY *

– 56 % of radio listeners use digital radio every day

– 44 % of listeners hear only via FM radio every day

– 20 % of private cars are equipped with DAB radio

– 55 % of all Norwegian households have at least one DAB radio.

There are 2.1 million DAB radios in Norway .

– 7.9 million radio sets will be affected by FM-extinction.

Thor Gjermund Eriksen, head of NRK, says: “This is an important day for everyone who loves radio. The minister`s decision allows us to concentrate our resources even more upon what is most important, namely to create high quality and diverse radio-content to our listeners.”

Several countries in Europe and Southeast Asia are in similar processes, choosing DAB as the backbone of future radio distribution.

Ole Jørgen Torvmark, CEO of Digital Radio Norway says: “The White Paper from 2011 and a unique collaboration between the radio industry is the main reason why Norway is far ahead in the transition to digital radio. Many countries are now looking to Norway to learn.

DAB-covarage on roads are generally higher than on FM.

All FM-transmitters in tunnels will be replaced with DAB.