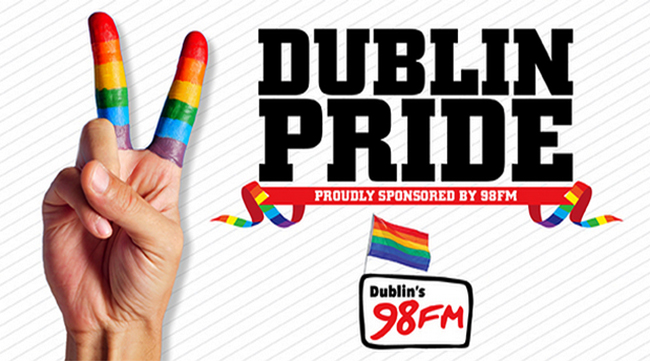 Organisers of Dublin Pride dropped RTÉ as their media partner in 2014 and returned to 98FM, who had previously sponsored the event.

This was due to the fallout from “Pantigate” – which saw the state broadcaster paying out compensation to individuals branded as homophobes by LGBT icon Rory O’Neill, as “Panti Bliss” in a live TV interview.

Organisers say the Pride festival is the second largest annual festival in Ireland (after St. Patrick’s Day), and this year’s event is expected to be one of the biggest Pride festivals ever held in the city – and almost certainly the most celebratory, after the recent passing of the Referendum on Marriage Equality – which 98FM covered comprehensively in their broadcasts.

The radio station and festival organisers are expected to release more details of how they will be collaborating in the coming weeks, ahead of the festival kicking off on June 19th.