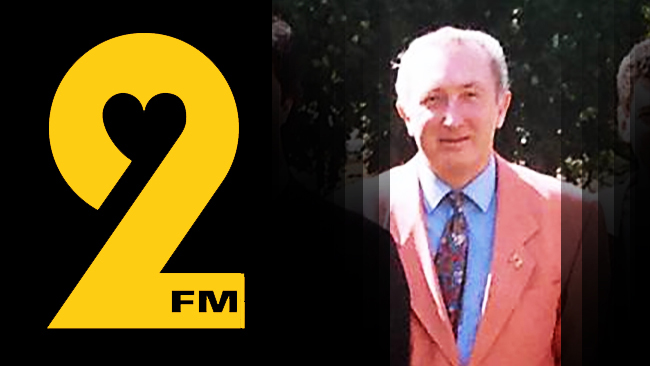 Tributes have been paid to former Head of RTÉ 2FM, Bill O’Donovan who passed away yesterday in Stillorgan, Dublin.

O’Donovan was very much involved in the start-up of RTÉ Radio 2, as it was first called, in 1979 and became head of the station when it rebranded as “2FM” in 1988.

He was at the helm during the period which many would see as 2FM’s strongest period in its 36 year history, during which time Ian Dempsey, Gerry Ryan, Larry Gogan, Gareth O’Callaghan, Tony Fenton, Barry Lang, John Kenny, Dave Fanning and Simon Young became the station’s big stars.

O’Donovan ran 2FM until 1999 when he handed the reins over to John Clarke, who said at the time, “Of course there won’t be any radical changes. Bill has built an enormously successful station!”

It is Bill O’Donovan who is credited with convincing Gerry Ryan to make the move from his night time “Lights Out” show to his famous 9am to mid-day slot in 1988, as part of a major schedule shake-up at the station.

In his book, “Would The Real Gerry Ryan Please Stand Up”, Ryan said: “I asked Bill ‘Well, like, what’s going to be on the flipping programme?’ … and he said ‘You.’ He was putting it up to me. He was basically saying, ‘You have this great opinion of yourself, you think you’re the source of all knowledge, you think you have the popular touch, you think you understand women. Well go on. Off you go – let’s hear it!'”

In 1990, Ryan told Hot Press magazine: “I think Bill just said to himself, ‘I have to do something different – now let’s see what’s the most different thing I can do’. And that most different thing he could do at the time was put me in”.
Former 2FM breakfast host Ian Dempsey – now with Today FM, tweeted:

Bill O'Donovan was a gifted radio boss, with showbiz coursing through his veins. He created the glory years of 2FM. Very few like him. #gent

Sad to hear my former boss at @RTE2fm the great Bill O'Donovan passed on last night. The craic we had. Gerry,Tony & Bill #starsinthesky #rip

Bill O’Donovan is survived and missed by his partner Lucia, his daughter Dervilla Power, sons Liam and Paul, grandchildren, extended family and many friends and former colleagues.

Details of the service celebrating his life, which takes place this Thursday May 14th, and a book of condolence have been published on the Irish Times web site.

We at RadioToday.ie extend our deepest sympathies to Bill’s family and friends. R.I.P.