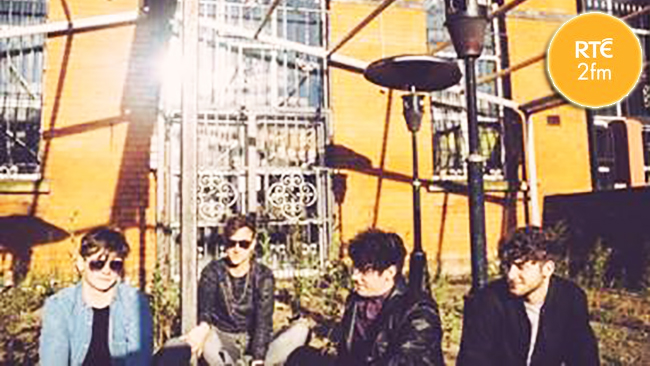 Creating quite a stir in their home country already, The Academic are about to unleash their infectious and energetic blend of indie-rock to an international audience at the festival renowned as the biggest hunting ground in Europe for festival bookers, agents, promoters and radio stations across the continent.

Each year, countries from around the continent send their freshest, most promising acts to showcase their wares at the major, city-wide festival in the university city of Groningen. Over 40,000 industry professionals and music lovers converge on the city to hear the best up-and-comers in Europe perform in 50 diverse, intimate and eclectic venues. It is the key exchange and networking platform for European music, with a proven track record for helping new acts break into the international music scene.

Eurosonic has been instrumental in kick-starting the careers of top European acts such as Kodaline, George Ezra, Hozier, Jungle, Milky Chance, Villagers and Royal Blood after industry heavyweights from across the continent saw them perform live at the festival.

“Getting to play somewhere like Eurosonic is a big deal for us. We feel very honoured and privileged to be going and representing Ireland at the event. It has been an amazing launch pad for Irish acts in the past and something that we have always wanted to do. We are playing music as long as we can remember: playing in sheds, garages, pubs, clubs, basically anywhere that would let us in and let us play. Now, to have an opportunity to play on an international stage along with so many other great acts, this is a real milestone for us. We can’t wait for it.”

As one of the founder radio partners of Eurosonic, 2fm has picked a top Irish act to represent Ireland since the festival began. The Academic will join the ranks of previously-selected 2fm acts such as The Riptide Movement, The Strypes, Little Green Cars, The Frames, James Vincent McMorrow, The Coronas, Cathy Davey, God Is an Astronaut, Heathers, Julie Feeney and JJ72.