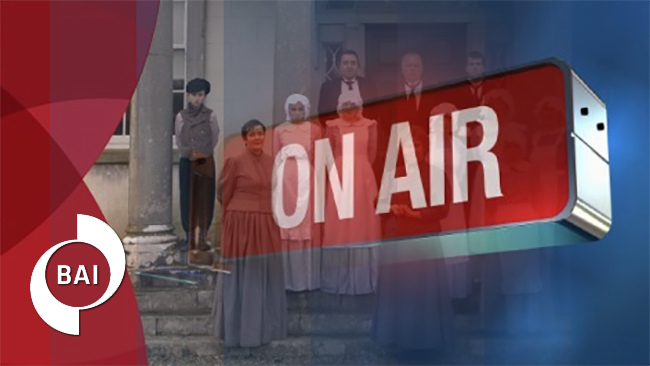 The BAI’s latest allocations for Sound and Vision Schemes sees €444.000 allocated to radio.

Once again most of the €5.2M available will go to television, to fund 27 projects covering documentaries, drama, entertainment, education and animation.

This time round there are 66 documentaries are included in the package of awards – 13 for television and 53 radio projects.

Radio programmes to be made include a conversation with Larla O’Lionaird for lyric fm (costing over €25,000 for 6 shows), a programme on Adults living with Autism for Highland Radio (costing over €16,620 for 3 shows) and 15×15 minute features called Soul Sessions II for Athlone Community Radio which is costing over €9,500 to make.

The package of awards includes 15 drama projects, 10 radio and 5 television.

Speaking about the announcement, Michael O’Keeffe, Chief Executive of the BAI said: “This is the third round to be concluded since revisions to the Sound & Vision Scheme were implemented at the start of last year. While we continue to be over-subscribed in each round, the quality of applications remains high due largely to the intense competition for funds. The BAI is very pleased to be in a position to again exceed the indicative allocation by €500k. This has been made possible through the careful management of the fund, which is derived from the television licence fee.

“The BAI is proud of the contribution that Sound & Vision is making to the production of high quality television and radio productions and the provision of funding support to projects such as the Oscar nominated film ‘Brooklyn’. The Scheme is also supporting a range of 1916 commemoration projects including ‘Rebellion’, which has achieved ratings success on RTE1 and EIPIC, a six-part drama series specially addresses a younger audience and has been well received at preview screenings in colleges this month.”

The BAI will commence contract negotiations with all successful applications.