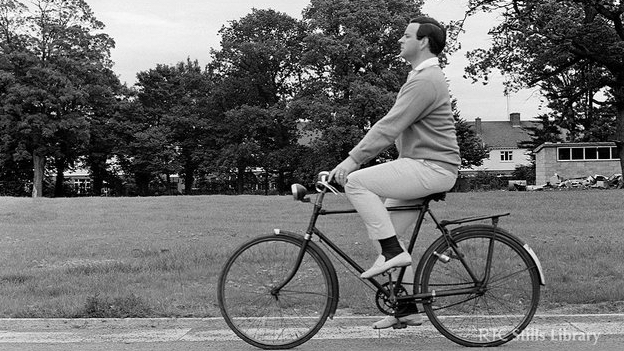 Former BBC Radio 2 breakfast presenter Terry Wogan has died at the age of 77, his family has confirmed to the BBC.

He died after a short illness, and comes shortly after he stepped down from presenting Children in Need due to ill health.

In a statement, they said: “Sir Terry Wogan died today after a short but brave battle with cancer.

“He passed away surrounded by his family. While we understand he will be missed by many, the family ask that their privacy is respected at this time.”

Sir Terry worked for RTÉ long before the BBC, he conducted interviews and presented documentary features during his first two years, before moving to the light entertainment department as a DJ and host of TV quiz and variety shows such as Jackpot. When the show was dropped by RTÉ TV in 1967 he joined the BBC in London.

BBC Radio 2 has already changed programmes to a tribute to Sir Terry – switching from a pre-recorded Steve Wright show to Mark Goodier live in the studio reading out listener tributes.

Mark said “We are really holding back the tears here and we need your memories”.

Sir Michael Terence “Terry” Wogan was born on 3 August 1938 and worked for the BBC for most of his career. Before he retired from his weekday breakfast programme Wake Up to Wogan on BBC Radio 2 in 2009, it had eight million regular listeners, making him the most listened-to radio broadcaster in Europe.

Nicky Byrne tweeted: “Shocked with the news of @terry_wogan death. Met him many times in Westlife on his TV & Radio shows. Always a Gentleman,Always a smile RIP

BBC Radio 2 controller Bob Shennan said: “As the host of Wake up to Wogan, Terry established himself as one of the greatest and most popular radio hosts this country has ever heard.

“We were brightened by his wonderful personality and charm as he woke us up every weekday morning, becoming an essential and much-loved part of our lives.

“His millions of listeners adored him, as did his whole Radio 2 family. We will miss him enormously and our thoughts at this very sad time are with Helen and all the family.”

Helen Boaden, Director of BBC Radio, said: “Sir Terry was a radio legend. For decades, he gave great pleasure to radio listeners with his wit, warmth and inimitable humour. He was an extraordinary broadcaster but also incredibly good fun, and will be sorely missed.”

Tony Blackburn tweeted: “I can hardly believe my old friend Sir Terry Wogan has died. RIP Terry and thanks for being a friend.”

Greg James: “Warmth on radio is so underrated and Terry Wogan was the master of it. Add to that insanely funny and irreverent and you have a true great.”

Tony Hall, BBC Director-General, said: “Terry truly was a national treasure. Today we’ve lost a wonderful friend. He was a lovely, lovely man and our thoughts are with his wife and family. For 50 years Sir Terry graced our screens and airwaves. His warmth, wit and geniality meant that for millions he was a part of the family. Wake Up To Wogan was for millions of Radio 2 listeners the very best way to start the day. For decades, he’s been such a huge part of the BBC on television and radio and leaves so many wonderful memories. At the centre of Children in Need since its beginning, he raised hundreds of millions of pounds and changed so many lives for the better. He leaves a remarkable legacy.”

From Mark Linsey, Acting Director of BBC Television, said: “Terry Wogan was part of the fabric of BBC Television, a consummate broadcaster who entertained and delighted millions. His contribution – to Children in Need, Eurovision, Blankety Blank and his long-running chat show Wogan – was truly outstanding. We will remember him with warmth, affection and admiration, and our thoughts are with his family.”

Sir Michael Terence “Terry” Wogan was born on 3 August 1938 and worked for the BBC for most of his career. Before he retired from his weekday breakfast programme Wake Up to Wogan on BBC Radio 2 in 2009, it had eight million regular listeners, making him the most listened-to radio broadcaster in Europe.