John Clarke: I have the best one day a week job in the world 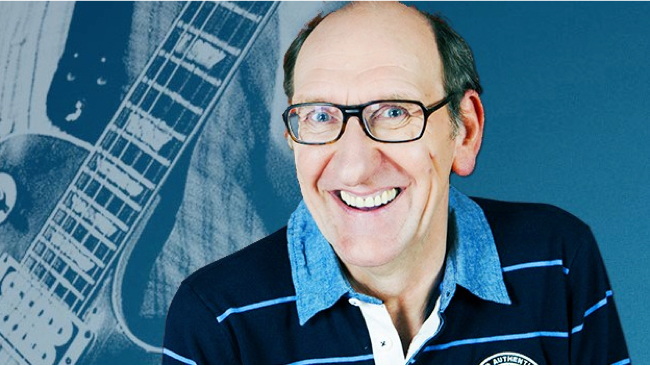 In a radio landscape some describe as the colour “beige” this man could never be described as a radio suit! He is a truly passionate programmer that will be a radio programming teams hero and an incoming sales focused CEO’s nightmare due to his vast knowledge and experience in radio. His delivery of large radio audiences and connection to the audience is undeniable throughout his incredible career. Speaking with John it is clear he is a high achiever and a natural born leader.

What has been your favourite radio station to work at and why?

My favourite is always to one I’m currently (& lucky enough) to be broadcasting on. I always want the station to be number 1 and I’ve been lucky with most of the stations I’ve worked on. All the stations hold great memories for me and I’ve been lucky to work with some very talented & creative people Radio Dublin / ARD / BIG D / 257 & KELO were fun & buccaneering as well as a great learning process.

Radio Nova back in the 80s really was a great radio experiment and an exceptional experience. It was a great privilege to challenge the State dominated broadcast landscape with a team of very talented and passionate radio people this was a very happy 5 years where I learned so much.

2fm allowed me to use other elements of my talent the decade I spent producing the breakfast show with Ian Dempsey and Simon Young was so much fun and we made the show number one. The management side of my tenure with RTE was also a great privilege this is something I am proud of despite of the evolving competition from the commercial radio sector we never lost the position of being the number one music radio station in Ireland 11 years in a row.

John Clarke is a passionate music lover,throughout the years both implementing and being fed a diet of fully formatted radio, I cannot imagine you biting your lip if you didn’t agree with a music regime….. Has this caused you problems and have you compromised your strong opinions ever?

I have ALWAYS believed in freedom of choice you can be given rules but I found ways of ‘breaking the rules’ music radio presenters/jocks if chosen well can be given a brief of the station brand BUT the use of individual talents will always enhance the overall Brand.

Chris Cary had a massive respect for you in the original Radio Nova and we all know part of his genius was his need for perfection. Can you remember him being volatile and was it difficult to stand up for yourself with someone equally as passionate about radio as you are?

There was a mutual respect from both sides I admired him and to say I could work on his radio station was an acknowledgement that I must have some talent.

Some who worked for Chris had strong feelings about his management style but I never had any issue in that regard as we both were driven by similar goals to:

Do you think if any of the commercial stations in Dublin went off air now there would be marching and protests like we had with the Super Pirates?

Being RTE 2fm’s Boss for 11 years has been a huge part of your life and your departure on air was a heartfelt John Clarke moment. This must have ruffled a few feathers in Montrose?

RTE was a 30 year career with many great times and it gave me opportunity to do a lot of things. I was happy to give many people a platform to further their radio careers and no one can ever argue with the achievement of making 2fm number one and keeping it there for 11 years. The radio shows I did were tough to leave but schedules evolve that’s the nature of the business and yes it’s emotional when you have to break that relationship you have with your audience, as they were so loyal to the programmes I presented.

Do you miss RTE or were you ready for the next challenge now you looking back on your latter days there?

The challenge at the time was digital radio and I worked hard on developing the RTE GOLD brand. I had a very enjoyable 12/18 months & with no staff (the exception being Aidan Leonard for the latter six months) and with no budget I think what I left is a channel that has huge potential.

If you look at radio now what is the reason we still have presenters on air full time who were on air in 1984? Is this due to a lack of talent in Ireland? Are fresh talent being blocked? Or is Ireland somewhere that likes familiarity?

My belief is talent is talent and it doesn’t have an age restrictions although I would like to see stations allowing young talent to be mentored and encouraged because many radio stations will only allow those they engage with to ‘do their format. When I listen around I hear the station and not the individual.

Over the years I have received hundreds of demos from eager people wanting to advance their careers and although the demo was good all I heard was the radio station format and not them.

What would you say to young up and coming talent wanting to break into commercial radio?

Your honesty and direct approach is refreshing in radio I hope you decide to go back into management as radio needs radio people more than ever. Are you considering it or are you perfectly happy presenting your biggest jukebox on Nova with no stress?

My passion for radio is as youthful as it ever was and I’m enjoying Radio Nova so much. I only said it to Gareth O Conner (the Nova sports guy) last Sunday as soon as you open the door to the Nova studios you are in a radio station and not a campus with a large canteen, a credit union and a car park the size of Old Trafford.

Is John Clarke the Irish version of Rex Bob Lowenstein?

Now that question brings a smile to my face Rex Bob Lowestein as a song I love, Rex Bob breaks the rules And i kind of like that. Rules are a guideline, rules to me mean you stagnate being a bit of a calculated Maverick has given me and continues to give me the opportunity to work on Music radio.