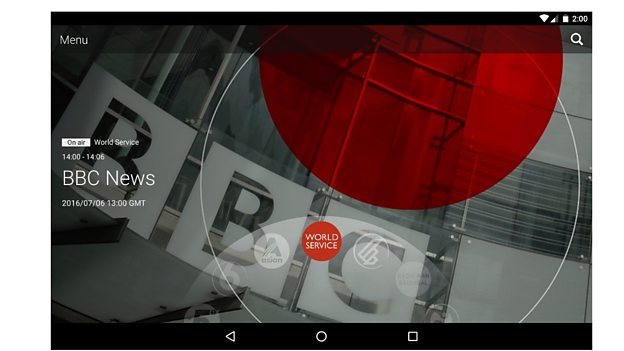 The BBC has launched an international BBC iPlayer Radio app here in Ireland, the first stage of its global roll-out.

Available in the UK since 2012, the free BBC iPlayer Radio app has been downloaded over 10 million times already. Users will first see the BBC World Service and a dial to switch stations.

The app offers catch up, podcasts, schedules, clips and a built-in alarm clock and night mode.

“We hope that the app will be a destination on mobile homescreens for audiences around the world who want to explore the breadth of BBC radio, from news and current affairs to drama, comedy and music. This launch also comes at a time when the UK is at the centre of a huge news story which the BBC is helping to explain to audiences worldwide.”

Mary Hockaday, Controller BBC World Service English, says: “We have a valued audience of 66 million globally for the English BBC World Service. I’m thrilled the new BBC iPlayer Radio app offers another way for listeners around the world to find and enjoy our programmes, and take them with them wherever they go. With this app, we hope to give new audiences the chance to unlock a wealth of World Service content, as they explore what the BBC iPlayer Radio has got to offer.”

The BBC iPlayer Radio app is available today in Ireland for iOS, Android and Amazon devices and it will gradually roll out to other parts of the world.