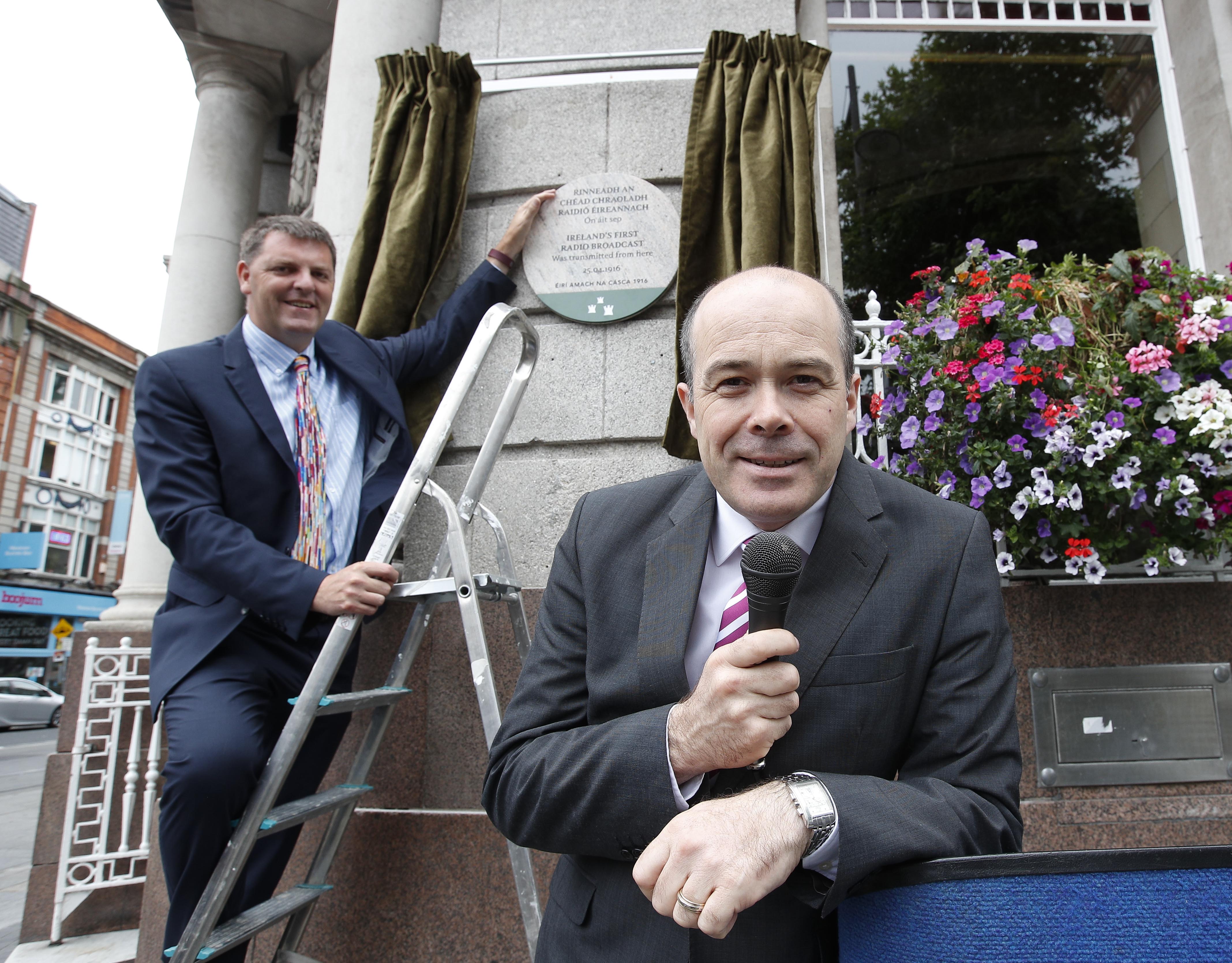 A plaque to celebrate 100 years of radio broadcasting has been unveiled today in Dublin.

The Independent Broadcasters of Ireland and RTE Radio have been working together on the plaque, which is positioned on the outside wall of the Grand Central on O’Connell Street.

The first radio broadcast in Ireland was to announce the beginning of the Easter Rising in April 1916.

Denis Naughten, Communications Minister, said the plaque is a fitting way to mark the importance of radio in Ireland.

John Purcell, Chairman of IBI said “Radio’s part in the 1916 Easter Rising is a little known fact, even amongst radio people in Ireland. This commemorative plaque reminds us of the endurable nature of radio, the power of the medium of radio to reach people and to share the news of the day. More importantly, it is a timely reminder of the important role that radio has played in the lives of the people of Ireland for well over 100 years.

Head of RTÉ Radio 1, Tom McGuire said: “RTÉ is honoured to be a part of this historic occasion to mark 100 years since the birth of broadcasting in Ireland. This historic event where Morse code, which was a precursor to radio, was used to send a message to the world about the Easter Rising. It is pertinent that Ireland’s first radio station, Raidió Éireann began broadcasting from a spot close by a decade later in 1926.

Rory Hamilton of Boys and Girls said; “The Sound of Sixteen set out to mark the 100th anniversary of Ireland’s first ever radio broadcast, so to be able to end the campaign by physically marking the broadcast site is something we’re all very proud of.”

Minster for Communications Denis Naughten, T.D. siad: “The foresight of Joseph Plunkett who recognised the power of the medium is a striking feature of this story. In commemorating his actions, we must also acknowledge the courage of the volunteers such as Liam Daly and John “Blimey” O’Connor amongst others who erected the transmission aerial and apparatus needed and their bravery in doing so under heavy fire. Radio in Ireland has come a long way from 2RN broadcasting from Little Denmark Street in 1926 to a more recent celebrations of over 25 years of independent broadcasting. Of course Athlone in my constituency was home to the main radio transmission centre from the early 1930s to 1975. The quality of Irish radio is beyond question which both RTÉ and independent radio stations winning various awards at the new York festival earlier this year. It has withstood social, economic and technological change, while becoming an integral part of our social and political discourse and a valued part of our communities. Its success i evident with 83% of Irish adults tuning in daily and listening for almost 4 hours a day”.