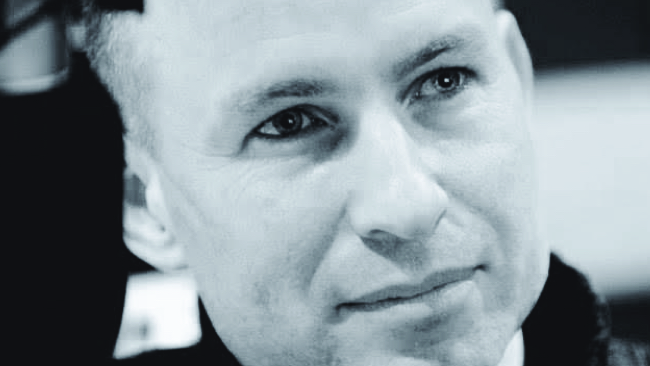 You started on pirate radio in Dublin, how did that happen and do you miss the freedom of illegally operating?

No, I don’t miss illegally operating of course. They were fun times looking back naturally. I guess like almost all radio people over the age of 30, I started in pirate radio. My first gig was a spinner on a pirate radio station in 1987 at around 13 or 14. A guy in school ahead of me was involved in a station called Signal Radio and I gave him a demo. It was so bad I was offered a gig, but wasn’t allowed to speak! The guy was Kevin Branigan (now CEO of Radio Nova) and we became lifelong friends. Mike Ormond and himself ran the station and Kevin later split off and set up his own pirate. I later did a few other shows on pirates before doing some promo work as a student for Capital 104 in the early 90s before once again getting the bug to be on air and went back into pirate radio with Sunset Radio in 1991. In 1993 I got a call from Kevin and Mike to be their new PD at Kiss 103 where they wanted me to target the underserved youth market as at the time both licensed commercial stations were doing an AC format and there was a gap for a good CHR format in Dublin.

Kiss launched as the first of the big pirates of the 90s and became an instant hit with almost every teenager tuned in. Numerous jamming attempts from other sources and raids caused the station to close. At that time, I moved to 98fm and worked in advertising for two years. One sunny summer’s day I saw an OB taking place on the beach of Portmarnock by Hot 107 and suddenly I had the urge to be back on the “radio side” of radio and left 98fm and set up my own DJ business with a colleague Ian Redmond and started on-air with Pulse 103 soon after.

Pulse became the big super pirate of the late 90s. I took up the breakfast show and then the evening controversial doghouse show of the late 90s with a host of strange characters and co-presenters which became known for the bizarre, where literally anything could happen and did! It was great to see some of the characters and the show style and games used later on 2fm by others.

Following stints also with Energy 94 I set up Sun 101, an all 80s station and programmed that as a tight retro station and was one of the first stations to use all voice tracking. Since then I have gone legal all the way with stints at temporary stations The Rock, Premier and Choice and more recently at Spirit Radio and Christmas FM.

When you moved into legal radio where did you work and what made you decide that being a Programme Director was the job for you?

I initially moved into the advertising side of the corridor in 98fm but I missed the bug that is radio. Everybody knows once you get the bug it’s for life! I have always been fascinated with the programming side of radio and what comes out of the speakers rather than the internal technical workings of radio and engineering. I grew up intrigued by formats and brands of radio and how an overall sound fits a format. I learned from two very inspiring people over the years, Dick Jenkins who programmed the Klove Network of over 300 stations in the US and Clarke Sinclair (An Australian Radio legend) from a radio programming course I did in Melbourne, Australia in the 90s. Dick’s first bit of advice was that “nobody has ever turned off the radio because the DJ didn’t talk enough!” Makes sense to this day right?

When I Co-founded Christmas FM with Daragh O’Sullivan, Walter Hegarty and Paul Sheppard the main interest I had was in programming the format and bringing it to life. Daragh also had an interest, so we split the role and programmed Christmas FM. I wanted a high rotation of Christmas hits that people would recognise instantly when they turned it on but also create some songs that the station could “own”. We identified our bullseye listener and built the station around them. I felt programming was the job for me because I “get” all aspects of radio. I understood sales and business, but yet I also understood the creative arm of radio.

I like working with people and anybody who knows me will tell you I have a focus on organisation and getting things done.

As a PD how do you think presenters view you, Methodical, creative, radio genius or a dictator?

Definitely a dictator ha-ha! I remember one person telling me at a station that they feel like I listen 24 hours a day and that I am in their head when they link! But in fairness I am a soft dictator and I try to get the best out of people and I love to see new talent and help nurture it. I had so many people who gave me help along the way, so it’s nice to pay it forward.

However, I am a perfectionist and that’s why I listen constantly to a station I work with because every single ingredient has to be right. If you mess up the peaks and troughs in the music and content delivery you lose the listener.

You launched Spirit Radio and remained there as PD for 6 years. Which is the better service in your opinion Spirit Radio or UCB Ireland?

Well that’s an unfair question to ask! I am hardly going to say either. Both stations are different and serve a different audience. Spirit is a Christian HOT AC format and UCB is more AC and talk based. I was asked to join as PD by the then CEO Dave Heffernan who was involved in radio for a long time. He wanted me to do what I was doing at Christmas FM, creating a feel good family friendly radio station with an uplifting feel. I knew nothing about the CCM (Contemporary Christian Music) format at the time, but I took the challenge and started to research the world and made contact with some of the heavy hitters who had vast experience around the world in the format.

I researched the Billboard CCM charts and I listened to the music on other CCM stations and started to build a sound, but tweaked for an Irish audience as were allowed play 30-40% mainstream music under the BAI licence. The station, unlike other stations survives primarily on donations rather than listener figures for advertising that commercial stations work off. My goal was to deliver a station that had listeners that would support it. I achieved that and at the same time I saw the the station do some good for people who were going through tough times. It was nice to get those listener letters and emails each day. It was time to move on and I went back into spending time with my own business again to build that up.

Part of the licence agreement for Spirit is to run a large AM transmitter have you ever asked the BAI if you can turn it off as the electricity bill must be huge and it doesn’t cover the whole of Ireland as it was planned to do?

I don’t know the answer to that as I was never really involved in the AM side of things near the end, so I don’t know where things stand right now. I know RTE turned off their AM. I think it’s too late in Ireland to rescue AM. It’s ok in other countries where they have strong talk based heritage stations, but it’s gone here. However, Spirit does reach rural areas around the border and in the six counties so somebody still listens to AM.

Was leaving Spirit a difficult decision for you or were you ready to go?

I think I was ready to go. I was brought in to do a job, set up a format never tried before and it lasted to this day. It has a good listenership as can be seen by the donation drives the station runs each time and has some business support also with some advertising. You don’t raise €40-50,000 each time with no listeners!

I needed to go back and focus on my business Star DJs and spend more time on Christmas FM as that project has become almost all year round and I couldn’t do 3 things! Just before I left I got a letter one day from a man to the station who was going to commit suicide. Just as he was about to do so, he was flicking around the channels and found Spirit Radio, a station he never heard of before. A song came on that I just put in the system the day before. It was about holding onto hope. He did that and changed his mind. It really struck me that the power we have in radio is more than just a job. People rely on us in radio in a very personal way. That one letter made my 6 years at Spirit worthwhile.

Christmas FM is the most successful trial radio station ever in Ireland do you still love being the Programme Director?

Yes, I still love it. I never sleep for those 2-3 months in the build-up and during it, but I love it. Myself and one of the co-founders Daragh O’Sullivan worked as joint programme directors for years and it allowed us both focus on different aspects which was great as we were doing that in our spare time trying to hold down day jobs also. I have taken on a more hands on role now with the station since last year looking after the station and project managing the operation from January to December each year which allows me more time to focus through the year on the project and on programming.

Dan McDermott then comes on board also as station manager before launch to help guide the station through launch and it’s duration.

There is a fond affection for Christmas FM and it connects beautifully with its audience. Why are you not PD of 2fm with your ability to connect a station with its audience? Should RTE be begging you to go there?

Again like the question about UCB and Spirit, I feel it would be unfair to comment about another station and who RTE hires and why they hire them and what job they do. I think you could also ask the same question to me – why I haven’t gone to RTE begging them to have me? But yes I like radio programming. I get what it takes to makes a person listen and have an emotional connection. I think that only comes with a lot of experience and understanding the target listener. But to do that you must live and breathe radio at all times.

Somebody who wants an easy 9-5 job can’t be a Programme Director.

What is your dream job in radio?

I think I might have it. I know it’s not a big paying radio job, but I get to do radio, program a station I have a passion for and present a show on a station I co-founded and also get time to run my own business. Is that not perfect!?

How do you relax after the intensity of Christmas FM?

I listen to Christmas songs on repeat on January 1st!