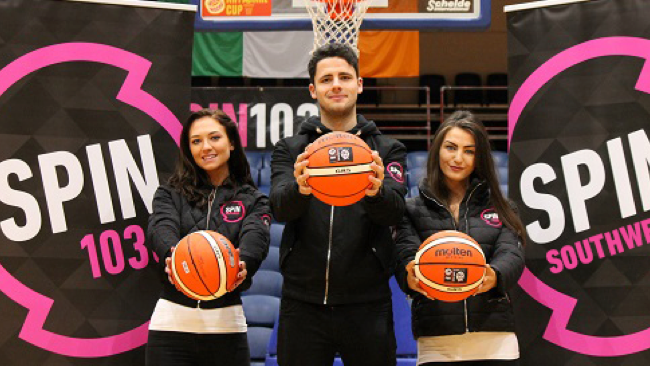 Both SPIN 1038 and SPIN South West are now official supporters of Basketball Ireland in a new partnership announced today.

The agreement will see key Basketball Ireland events and initiatives promoted on the radio, plus on SPIN’s social networks and website.

“SPIN 1038 and SPIN South West have a large and loyal listenership and a massive social media following so we are delighted that they will be hearing all the latest news from Basketball Ireland. We are really looking forward to working with SPIN over the coming months.”

Stefan Langan Marketing Manager of SPIN 1038 & SPIN South said “We are delighted to partner with Basketball Ireland as they are central to the personal development of so many young Irish people. They instill core life skills in their members: teamwork, leadership, dedication and respect. This is all achieved in a fun and energetic environment, which echoes the tone of our station.”

The SPINIS were down courtside at the Arena earlier on this week to launch the initiative and will also be in attendance at the Subway School’s Cup Finals and the Hula Hoops National Cup Finals in early 2017, along with other key Basketball Ireland events throughout the year.