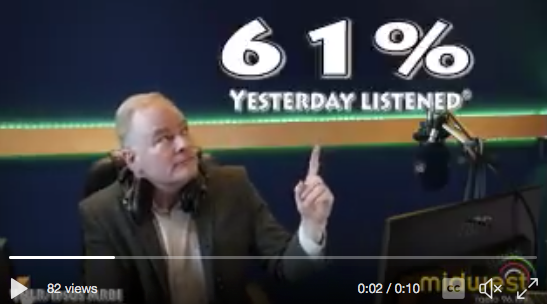 Twitter is the place to boast about your latest JNLR listening figures, so here are some of the ones we spotted.

For the third consecutive survey, Kfm has been confirmed the leading Radio Station in Kildare.https://t.co/1CFVksle0W

Want to know who's listening to radio in Ireland? Are you one of the 83% who tune in every day? #JNLR @ChooseRadioIE pic.twitter.com/CTNlaJuqW5

It's been another good day for @radiomidwest and we just wanted to point out a couple of things from today's #JNLR results… #ThankYou #ChooseRadio #LoveRadio @ChooseRadioIE pic.twitter.com/OO9dnrntCU

We're celebrating our best ever radio ratings results in the latest JNLR which has just been published! Thanks for listening! https://t.co/eTq15NWQDd #ChooseRadio #JNLR pic.twitter.com/Ff0TQv24Rv

Thank you for being a part of the show, everyday. #JNLR pic.twitter.com/PFMgaYgX7P

The genuinely best thing about it being #JNLR day today?

It's the first full one in which I have had no skin in the game since I was a teenager… It's LIBERATING.