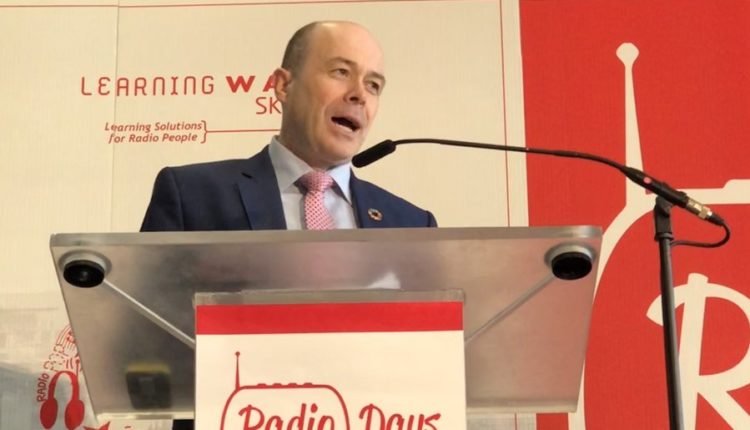 Minister Denis Naughten has confirmed his intention to gain Cabinet approval to remove the hourly limit for commercials on independent radio.

Speaking at Radio Days Ireland, the TD said he’s looking to get the levy reduced by up to 50%, something which John Purcell, Chairman of the IBI said he would like clarification on.

Speaking earlier, John Purcell said: “The proposals accepted by Cabinet today show that Fine Gael and Independent Government Ministers have not only an understanding but also an appreciation of the valuable public service contribution of independent radio stations throughout the country. The reduction of the broadcasting levy is recognition of the importance of independent radio to the 2.5 million people who choose IBI radio stations as their station of choice on a daily basis.