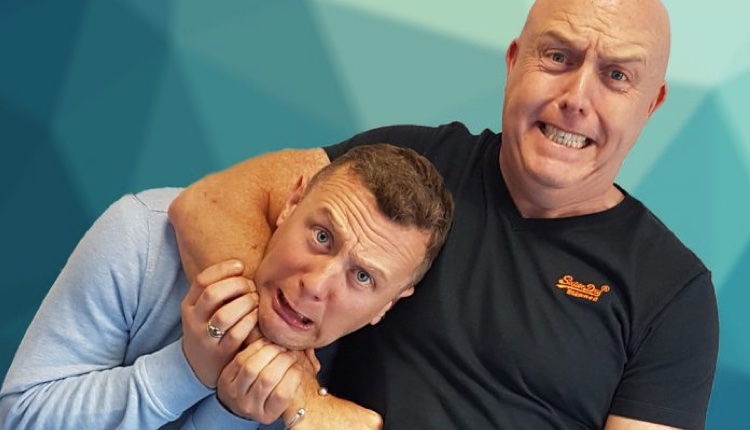 PJ Gallagher and Jim McCabe on Classic Hits 4FM asked their breakfast show listeners to vote for their favourite Irish song of all time this week.

Despite the time of year, The Pogues’ ‘Fairytale of New York’ was voted as the greatest Irish song of all time. PJ and Jim were forced to play the Christmas classic on the air – in the middle of April.

Reacting to the poll PJ Gallagher said “I’m delighted that The Frank and Walters made it into the top 10 considering the song featured in The Young Offenders series. I wouldn’t have chosen Fairytale of New York but maybe it was voted because of all the cold weather we’ve been getting!”

Jim McCabe added: “It seems mad at this time of year that the Pogues came out on top, but it just shows you how much of a quality tune it is!”

1 The Pogues – Fairytale of New York

4 The Frank and Walters – After All

5 Thin Lizzy – Whiskey in the Jar

10 The Golden Horde – Friends in Time

Speaking to PJ and Jim during the greatest song feature, singer Mary Byrne said that Joe Dolan’s ‘Make me an Island’ is her favourite Irish song because Joe “is the best thing that ever walked the Irish Isles”.

Aslan’s Billy McGuinness chose Sinead O’Connor’s ‘Nothing Compares To You’, telling PJ and Jim that “Sinead is the best female vocalist that Ireland has ever produced”.

Brendan Murphy from The 4 of Us picked Van Morrison’s ‘In to the Mystic’ as his favourite and Jerry Fish chose ‘Where’s me Jumper’ “because of its wit, humour and energy”.