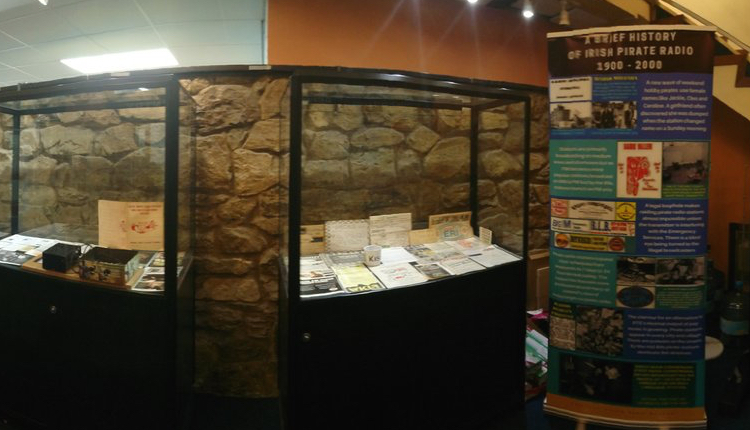 The Irish Pirate Radio Exhibition continues its nationwide tour today with its arrival at the Central Library, Grand Parade, Cork.

A transmitter hidden in a biscuit tin so that it could be quickly hidden in the event of a raid by post office officials is just one of the many items on display at the Irish Pirate Radio Exhibition. The transmitter was built and used by ‘The Butcher Boy’ author Pat McCabe.

The Cork exhibition will have a unique local flavour with exhibits featuring archives from popular local pirate stations including Capitol Radio Cork, ABC, Radio Juliet, ERI, South Coast, Leeside and many more. It will also reveal the pirate radio past of many of Cork’s broadcasting stars including Mark Cagney, Trevor Welsh and John Creedon.

The exhibition, which contains a wide range of documentation, publications and paraphernalia collected by pirate radio fans over many decades, is a unique collection that tells the story of a part of Ireland’s media history that many remember with fondness.

As 2018 marks the 30th anniversary of the closedown of pirate radio in advance of the opening of regional radio stations the featured material will eventually be received by the newly opened Irish Pirate Radio Archive at Dublin City University and ensures its availability to future generations of researchers. The archive will constitute an important addition to DCU’s Media History Collection, a unique special collection that DCU School of Communications has developed with the University Library over the past decade.

Ready for the Cork launch of the Irish Pirate Radio Exhibition pic.twitter.com/tr2CcwaGtr