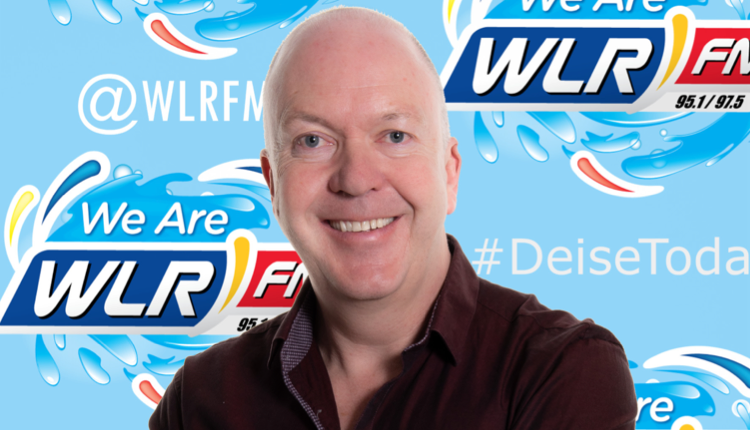 Journalist and broadcaster Damien Tiernan is taking over as presenter of the Deise Today programme each weekday on WLR FM.

Damien will replace from Maria McCann, who has been hosting the show since Eamon Keane left last year.

WLR’s Current Affairs Editor Jennifer Long will continue as producer of the show.

Originally from Newtown Mount Kennedy in Co Wicklow, Damien has lived in Waterford since the 90s. “I am absolutely honoured to be following in the footsteps of the legendary Billy McCarthy who presented the show for 25 years, and more recently, Eamon Keane,” Damien said of his new role in WLR.

I'm delighted to welcome Damien Tiernan to the @wlrfm team as the new presenter of Deise Today. The show starts on Feb 4th. #Waterford https://t.co/WRd6zqZRAl pic.twitter.com/hlzR2kgTQS

“I have always been an admirer of ‘Deise Today’ and have long thought that I would love to present this programme. Now that dream is becoming a reality. The show covers a range of topics extremely well. It’s going to be a new challenge for me and ten hours of live broadcasting a week will be both invigorating and exciting!”

“I am very excited at the prospect of working with talented producer and journalist Jennifer Long and all in the superb news and sports department. The fact that ‘The Irish Times’ is now onboard and there is a clear digital strategy to promote the programme is very important. We also intend bringing the programme out and about more to various parts of the city and county.”

Managing Director of WLR Des Whelan said he is delighted to welcome Damien Tiernan to WLR. “Deise Today is a hugely popular programme on WLR and while Damien has big shoes to fill presenting the 10 to noon slot, he is a hugely capable and respected broadcaster and I know he will do very well,” he said,

“A journalist who has broken and covered some of the biggest stories in this area in the last 25 years, Damien is very popular in our broadcast area and is actively involved in the GAA, the Junior Soccer League and in his local Passage East area. He understands the importance of local ethos. I know he will be a huge asset to WLR and I wish him well.”

Programme Director Michael Byrne added: “Damien is so well-known in Waterford from his TV days and we are absolutely delighted to have signed a contract with him to present ‘Deise Today’ for the years ahead. He is considered by many of us in the business as an excellent journalist and broadcaster and someone who is hard-working and committed. His addition to the team will greatly add to our offering and demonstration the ambition of WLR.” 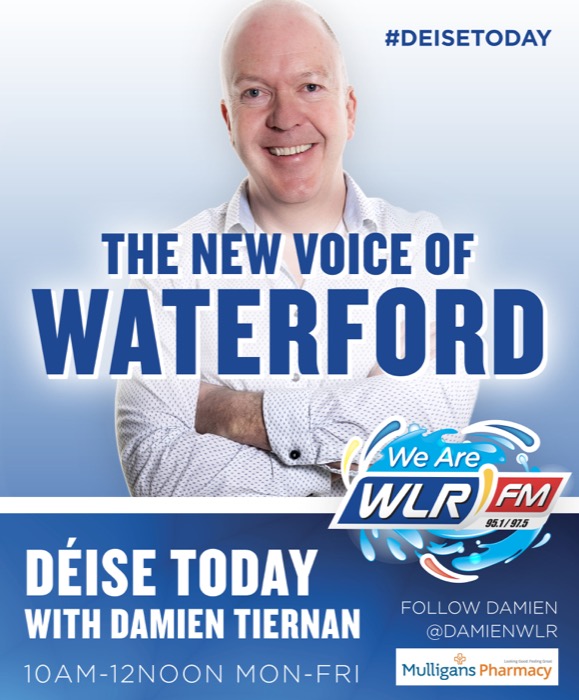 Damien holds a BA in English and Philosophy from UCD and also did a postgraduate diploma in Journalism in Galway. He started his career as a journalist in local newspapers in Wicklow but had done a bit with East Coast radio when he was a teenager, reporting sports. He got a three-day per week posting with the New Ross Standard in 1992.

He began working in RTÉ and in December 1996 was appointed South East correspondent. He lived in the city for two years before moving to Passage East.

Damien has been a member of Gaultier GAA since then, both as a player and as a coach, and he’s also a playing member with Park Rangers AFC where he has also been club chairperson. He’s a former chair of the Passage East and Croke Development Association and has been chair also of the Waterford & District Junior Soccer League. He is currently vice-chair.

On top of all this, Damien has also been chairman of the National Union of Journalists’ South East branch for the past 20 years.