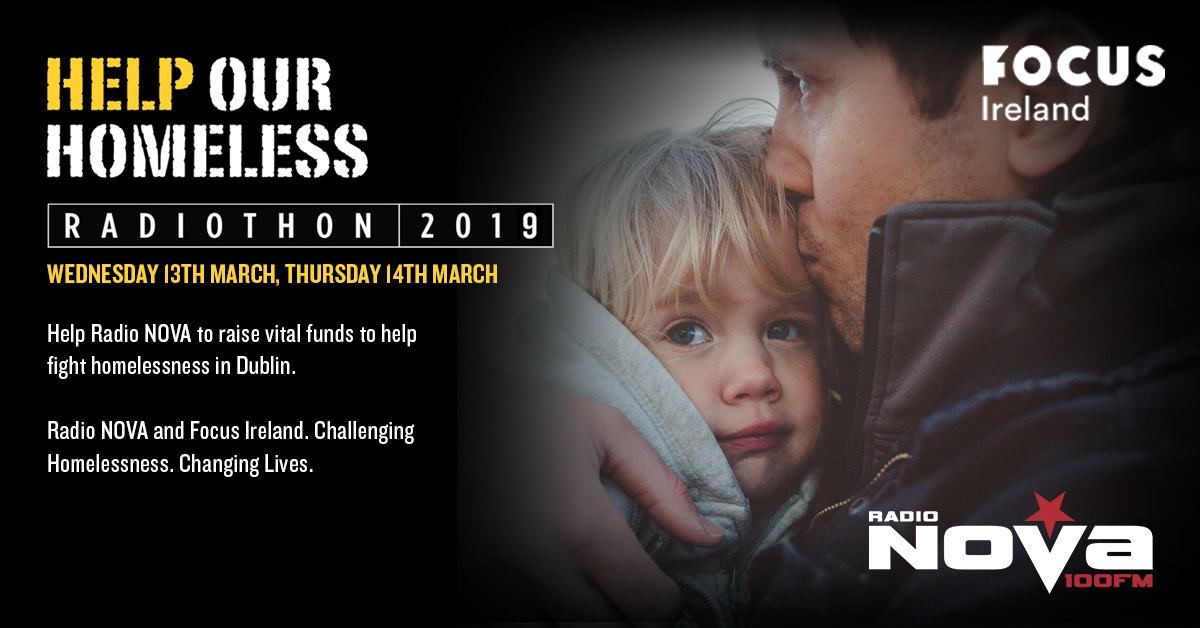 Radio Nova is launching its Annual Help Our Homeless Radiothon tomorrow and will run over two days – March 13th and March 14th.

The two-day event will see the Dublin Radio Station turn over its airwaves from 7am to 7pm each day to raise funds from donations from the public and local businesses.

Radio Nova personalities including Lucy Kennedy, Colm Hayes, Ruth Scott, Pat Courtenay and many other will be manning the phones and urging listeners to make donations.

On Thursday March 13th Radio Nova will be ‘Takin it to the streets.’ They will be broadcasting live from 37 Dawson Street and allowing Dubliners get involved with the fundraising. You can also expect a host of celebrities to drop by including Jason Byrne, Simon Delaney and a live on the street performance from Aslan.

A special call centre will be set-up at Radio Nova’s HQ in the Dublin’s Docklands with Focus Ireland staff manning the phones to accept donations. Also, a host of celebrities including musicians, comedians and actors will be lending their support to the campaign. If Dubliners ring through to donate they could end up talking to one of them.

Radio Nova CEO Kevin Branigan said: “Focus Ireland did amazing work last year by helping over 15,500 people who were homeless or at risk of losing their home. We are urging Radio Nova listeners to once again show their amazing generosity by raising vital funds to make sure Focus Ireland are there when people need support.”