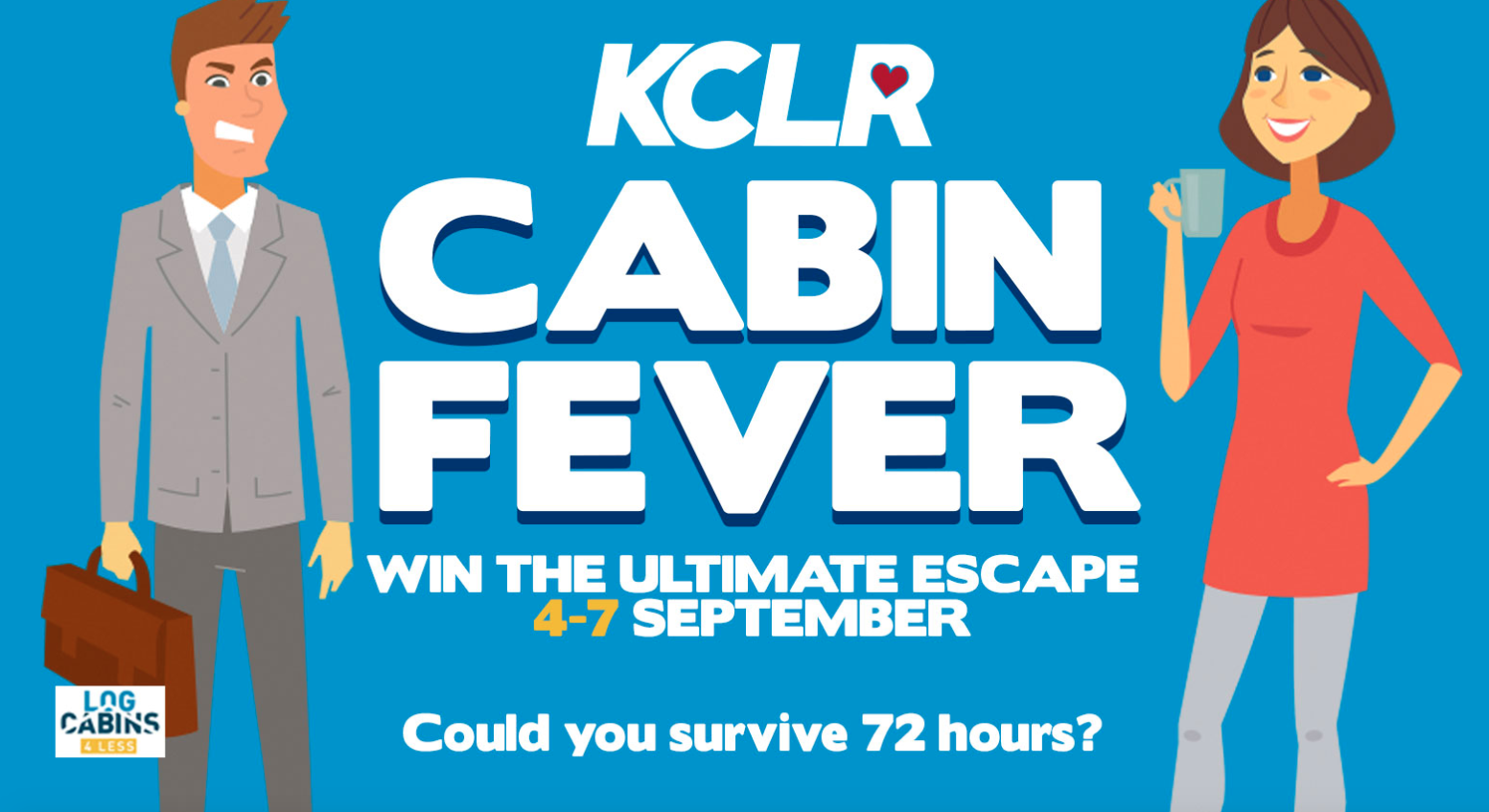 KCLR is looking for contestants for a radio promotion that will see participants confined to a Log Cabin on Kilkenny city’s Parade for 72 hours.

Cabin Fever is the title of the competition which will see the winner taking home a luxury log cabin worth €10,000.

Contestants must be prepared to go into the cabin with a stranger and compete over a range of challenges which will take place on the Parade in Kilkenny during the first week in September from where the station will be broadcasting from around the clock.

Firstly participants will have to “stay in it to win it” but the amount of points scored over the series of challenges will ultimately determine who walks away with the prize.

“We’re looking for people who are up for the challenge and prepared to have a ‘bit of craic’ in the log cabin which will be specially erected in Kilkenny City centre from Wednesday September 4th until a winner is decided on Saturday September 7th,” says John Keane of KCLR.

He adds: “All sorts of fun challenges await participants in the quirky quest. Because the quest to become the winner of Cabin Fever will involve not one but two people prepared to go the distance for the big prize the promotion offers to be entertaining and maybe even a bit uncomfortable at times.

“We reckon that it will be fantastic fun and will really brighten up the early days of September when kids go back to school and everyone starts to gear up for their sometimes punishing Autumn and Winter routines.

“We’re hoping to put smiles on people’s faces and provide a real solution to people who are experiencing cabin fever during the challenging back to school season.”

The prize, which is being provided by local Company Log Cabins for Less, is worth €10,000 including groundworks and installation.

Anyone interested in being considered as a participant in Cabin Fever can get more information on cabinfever.ie.