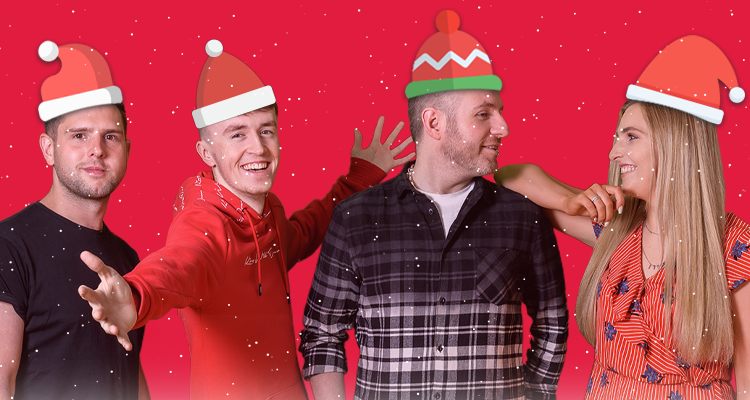 A number of special shows have been announced at Beat 102 103 this Christmas.

On the run-up to the big day, Orla Rapple will host a special Christmas edition of The Sunday Grill on December 20. She’ll be revealing how you can try a meat-free Christmas, before welcoming on a South East woman who is stuffing iconic chocolate bars into cookies.

On Christmas Eve, Shonagh Lyons will host Christmas Anthems from 6pm. The station will also be hearing Shonagh’s special Christmas messages from people from the South East living across the world to their families back home.

The festive Beat staple Never Mind the Beat Jocks airs on Christmas Day from 12:50. Vinny takes the quizmaster reins once again as the Beat presenters are tested on their 2020 tv, music, news, film and sport knowledge.

Irish music connoisseur Rob O’Connor will be doing his best to whittle down his favourite Irish albums of the year to a Top 10 for Irishbeats: Irish Album of 2020. He’ll also be playing some of the best Irish singles from the past twelve months.

Niall Power will count down the Top 50 of 2020 on New Year’s Eve from 3:50 and will be followed by Dave Cronin who’ll be waving goodbye to the year we’d all rather forget before welcoming in 2021.