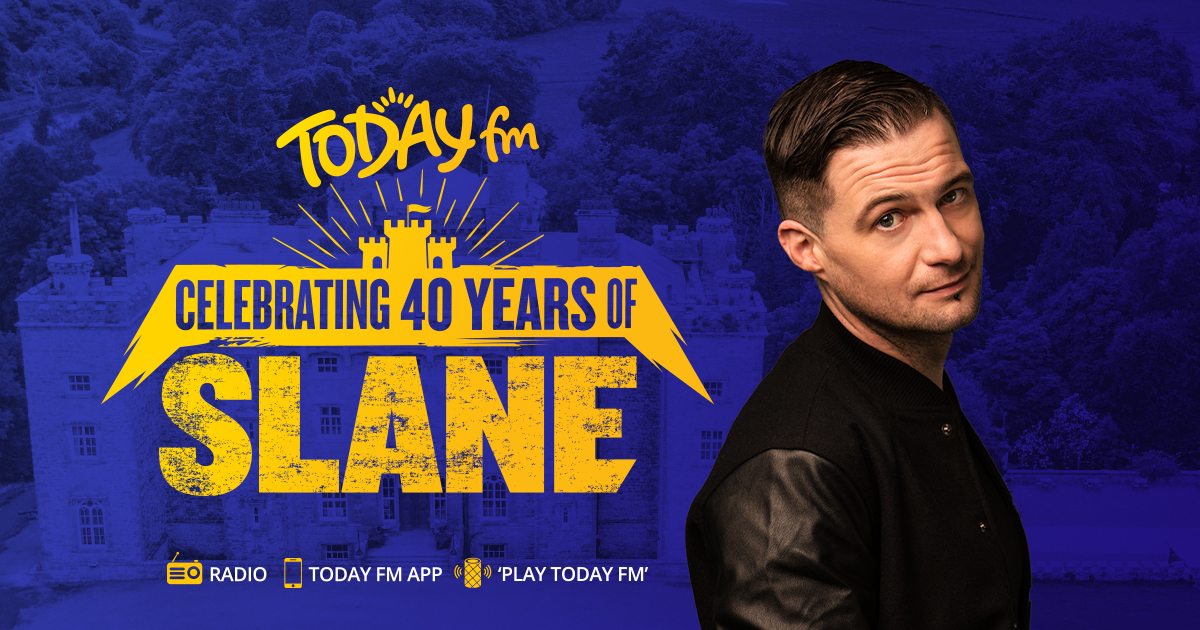 Today FM’s Fergal D’Arcy will host a special live broadcast from Slane Castle to mark the 40-year anniversary of live music at the venue.

On this day 40 years ago, Thin Lizzy, supported by U2, took to the stage to headline the first-ever concert at Slane Castle.

Spanning four decades with Lord Henry Mount Charles (and later his son Alex) at the helm, Slane Castle has welcomed some of the world’s biggest rock stars including The Rolling Stones, Bob Dylan, Madonna, David Bowie, Oasis and many more.

As part of this special anniversary show, Today FM listeners can enjoy live performances from The Academic, Irish Women in Harmony, Róisín Ó, True Tides, and RuthAnne. Through intimate music sessions each act will cover famous songs that have performed on stage over the years at Slane.

In addition to live music, Fergal D’Arcy will look back at the beginnings of Slane Castle and to the future in an up-close interview with Lord Henry Mount Charles.

Listeners will also get to imagine themselves on stage alongside Thin Lizzy guitarist, Scott Gorham, in an exclusive interview as he takes us back to that very first concert and reveals that Phil Lynott and their band manager knew that U2 would be “a giant success” when they saw how the crowd reacted to them at Slane castle in 1981.

Speaking about the show, Fergal D’Arcy said, “Slane Castle is the most iconic venue for Irish music. It’s hosted the biggest acts in the world from Bowie to the Boss to Metallica to Muse! Whether you were the dude on the top of the human pyramid waving a tricolour, or the girl at the top of the queue who camped for three days just because she loved Robbie Williams … everyone has a memory! It’s going to be very special.”

The special show will air today (Monday) from 2pm till 4.30pm on Today FM.