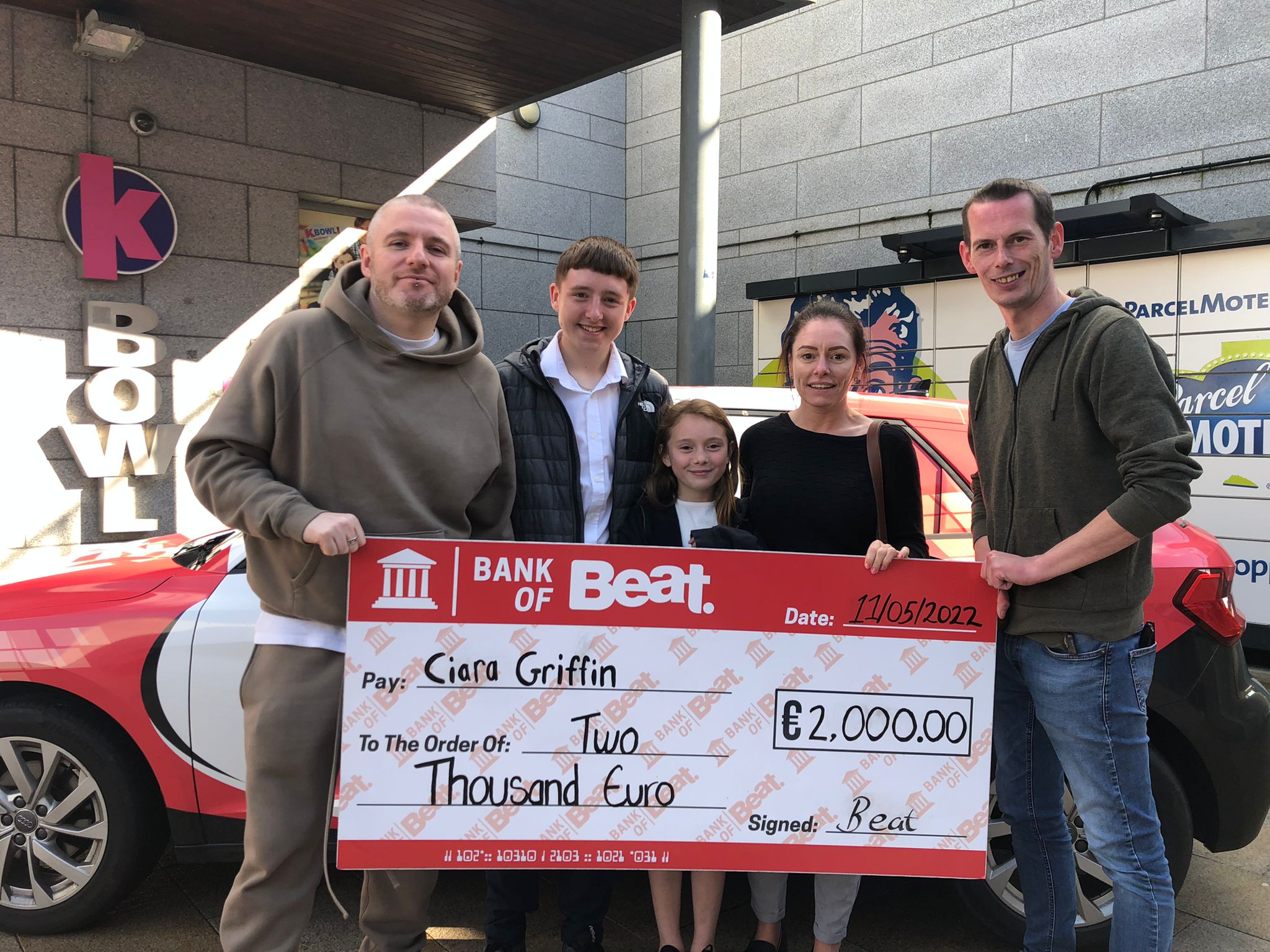 A mother from Carlow has won €2,000 after she tracked down runaway Beat presenters Niall Power and Darren Rice in the Marble City.

It comes following a three-day escapade during Beat’s On The Run competition.

Ciara Griffin finally caught up with the elusive Beat jocks at The Parade in Kilkenny City on Wednesday afternoon in a culmination to what’s been one of the largest promotions in Beat’s nineteen-year history.

An initial bounty of €1000 was announced by the Beat 102-103 boss after Niall failed to show up for Beat Breakfast on Monday morning. Niall’s co-host Shonagh Lyons drafted Beat news editor Dean Egan in to present with her in Niall’s absence and together with their listeners, they tried to piece together Niall’s possible whereabouts.

Following multiple failed attempts to establish contact with the presenter, the show received a phone call from an on the run Niall who quickly informed concerned listeners that they would have to track him down if he was to return to the Beat Breakfast hot seat.

Another no-show occurred later in the day when Darren Rice also failed to turn up to present his Beat Drive show at 4pm. The absence left Shonagh with no other choice but to deputise as presenter on Beat Drive too. An increasingly irked Beat boss upped the ante with a €2,000 bounty for the Beat listener who found the pair. The message to Beat’s listeners was clear: if you don’t ask you can’t win.

In the three days that followed, Niall & Darren travelled around the South East donning disguises, leaving behind a trail of cryptic clues and calling cards for followers and Beat presenters to crack.

Speaking on her win, Ciara said: “I can’t believe it, I’m shocked; I’m going on holiday next month so I’m absolutely going to use it on that. Thanks a million, guys”

Beat Solutions Manager Claire Rowe says On the Run was the biggest promotion the station has launched since pre-pandemic: “It’s proved to be an exhilarating 3 days of searching every inch of the South East for Niall and Darren. We were delighted that KBowl Kilkenny agreed to partner with Beat on this innovative, engaging promotion.

“We were confident this campaign would get the whole South East talking but the level of engagement from people has exceeded all of our expectations. The response has been outstanding and it’s fantastic to see so many people get involved.

“Niall and Darren managed to make it to all five counties across the South East before they were caught so it gave listeners from across the region the chance to locate them and win the bounty.”